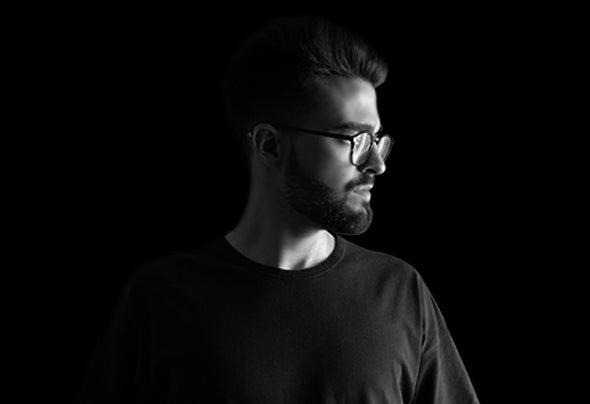 Marcos Arreza was born in Talarrubias in Badajoz (Spain). His career like a DJ began in 2005 when he was barely 9 years old. At the time he would enjoy mixing as a hobby, but it is not until years later that he actually began mixing at small clubs in his own hometown. As to producing his own music in the upcoming years, Marcos Arreza owed his early beginnings to a close friend Kiko Cerezo who talked him into delving in music production. It not however until 2012-2013 that his projects started to materialize. His passion and talent to produce music is so latent that these days he is concentrating all his attention on creating tracks which range from Tech-House, Techno to Deep House. Internationally acclaimed producers such as Umek, Siwell, Paco Maroto, Matthew Codek, Cuartero among many others only help Marcos Arreza to persevere even more in forging ahead with his new artistic ideas which he is now succeeding in putting into context. He has played at events like Rural Parade, presentations of Hebben Live, Sibersonica Akuatik Fest... and has shared the stage with artists of the likes of Misstress Barbara, Marco Bailey, Dj Murphy, David Mallada, Marc Marzenit, Alex Under, Henry Saiz... He has always counted with the staunch support of his local friends such as Raúl Pacheco, Superlive, The Bums, Alberto Rodriguez, Juanma Casaú, Jesus Vaquerizo without forgetting one of his best mates Kiko Cerezo who is the DJ and producer who taught him all the rudiments of music production. Along with Juanma Casaú, Marcos has played at most of his local clubs having created a memorable passage through each and one of them.