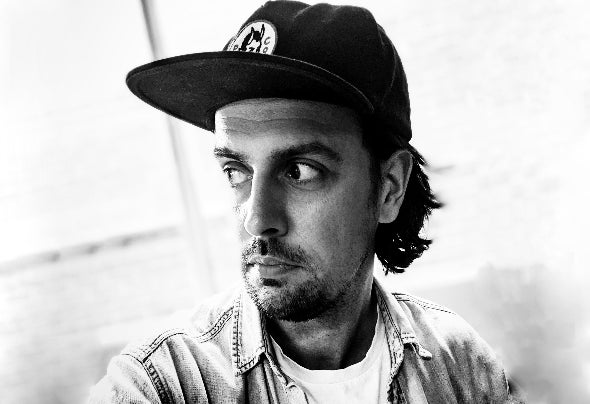 Melody’s Enemy is the moniker of British electronic music producer and DJ Andy Haeffele. Beginning as a duo with Morgan Jones the pair were a somewhat unorthodox pairing in modern Techno having honed their craft within the drum and bass scene, releasing and performing for many of its best labels such as Ganja Records, Ram and Metalheadz. A chance meeting in 2015 saw them form Melody’s Enemy - a project designed to channel their shared ethos of ruggedness and “golden-era” d&b aesthetic into modern, cutting-edge techno. They were quickly spotted by Dense & Pika, and began releasing on their ground-breaking Kneaded Pains imprint delivering a series of critically-acclaimed ep’s. Already respected for their production, Melody’s Enemy have since collaborated with Dense & Pika and Vinicius Honorio on killer releases “From Nothing” and “Thrillseekers” respectively, as well as crafting “Reach” alongside Balthazar & Jackrock - released on Terminal M and a mainstay in sets from Monika Kruse. They also teamed up with Croydon’s-favourite-son Skream to craft a 2 track EP that was quickly snapped up by Alan Fitzpatrick for release on We Are The Brave. The Melody's Enemy sound was soon spotted by the respected Octopus Records head SIAN. A series of releases followed as well as a DJ residency on SIAN's popular Twitch channel. 2020 saw Morgan leave the act to focus on other business interests and Melody's Enemy as a solo act was born. An In-demand producer and remixer, Melody's Enemy has gained extensive and continued support from names such as: Adam Beyer, Carl Cox, Amelie Lens, Arjun Vagale, Chris Liebing, Dubfire, Tiga, Ramiro Lopez, Enrico Sangiuliano, Huxley and more. Not just a producer Melody's Enemy is an experienced & accomplished performer with a DJ set incorporating live loops,percussion and unique sound pallets to compliment the cutting edge music selection.