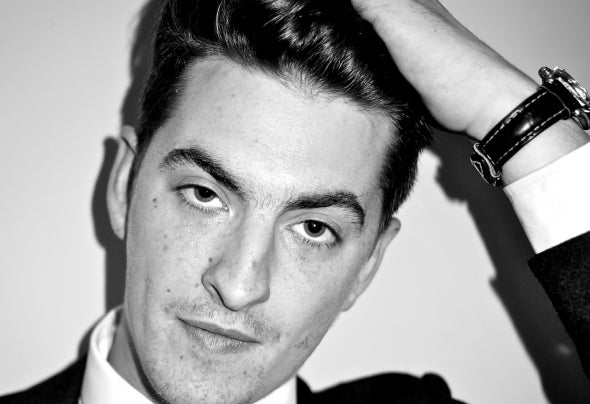 SKREAM's sound and approach might have evolved significantly over the years, but the music of Skream, aka Oliver Jones, is still meant to be physically experienced as much as heard. His productions and DJ sets are possessed of a uniquely rude, rave-inspired energy, making his natural habitat a packed, kinetically charged dancefloor. T hat characteristic has remained constant, all the way from his groundbreaking early dubstep tracks to his current forays into house and techno. "I still try to make people go crazy, but just a lot more subtly now," he grins. "Before it was very abrasive and in your face, and now there's more of a game plan to my set. It's a lot more dynamic, but it's still very much planned to eventually make you go mad. It's part of my personality - that's what I want to create."Growing up in Croydon, South London, Jones was immersed in the forms of music that would come to inspire his own innovative productions. Garage, house and two-step formed the backbone of London's dance music sound during his teenage years, filling both club dancefloors and pirate radio airwaves. Those influences came to be encoded in the pioneering music he made throughout last decade, which made him synonymous with dubstep as it gradually evolved then exploded into mainstream consciousness. Across two full-length albums, Skream! and Outside The Box, iconic singles like 'Midnight Request Line' and his raucous Skreamizm EP series, what has always been most distinctive about Skream is his versatility. While always keeping his focus firmly rooted in the dancefloor, his prolific studio output has taken a host of directions, drawing upon techno, garage, grime, dub and jungle, and inspiring many other producers to follow in his wake.His broad interests and restless creativity naturally led Skream to his current dedicated explorations of house and techno. His own newer productions, including 'Rollercoaster' and bass-warping new single 'Bang That', have dropped the tempo and opened out the groove to thrilling effect. Last year's contribution to Pete Tong's annual CD series further showcased the breadth and dynamic to his recent DJ sets. Titled All Gone Miami 2013, it drew together new and exclusive music from contemporaries including Maya Jane Coles, Route 94, Jamie Jones and George Fitzgerald, into a compulsively funky, immersive hour-long mix. Since its release, he's played at venues and festivals across the globe, and DJ'd alongside scene figureheads such as Seth Troxler and Eats Everything. His ongoing regular Friday night shows on BBC Radio 1, meanwhile, provide him with a platform to champion the most exciting music from contemporaries and rising young artists."The transition, for me, was really natural and I'm the happiest I've been in a while," he reflects. "My familiarity with house and techno was always there. Everyone who's known me for a long time knows it's not a new thing for me at all, but it's just obviously not something that's been broadcast over the last ten years."Indeed, anyone who's spent time on a dancefloor during one of his renowned DJ sets will know that his taste and selection has always stretched far beyond the confines of the genre in which he made his name. Skream has long been known for throwing curveballs into the mix without warning: ramping up to jungle or drum & bass, dropping a disco track or two, or sliding into jacking acid house. It was that attitude that informed his decision to establish his already-famed Skreamizm parties in 2012. Initially an opportunity to play all night sets that crossed genre boundaries, they've expanded to become a platform for him to showcase the full range of his musical tastes in an environment totally free of restrictions. Centred around a dark room and a massive sound system, the focus is firmly on the music - both Skream's own and those of his guests, which to date have included the likes of Octave One, Route94, Jackmaster and Krystal Klear."Skreamizm always been about raving and partying, whatever's playing - just dancing, getting down, being open minded, not looking at who's on the decks," he says. "Hence doing it in pitch black: just enjoy it, don't worry who's playing now or when someone's coming on, just go out and dance for the night."