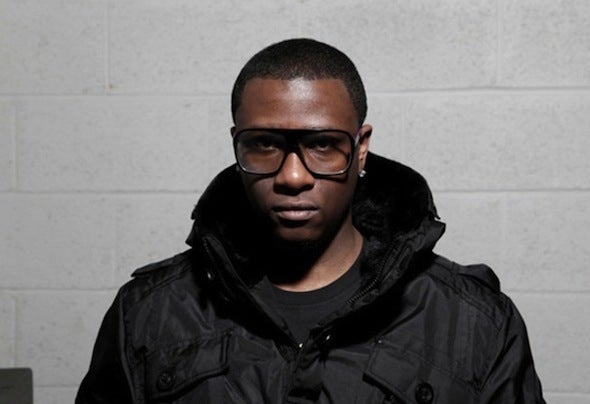 Scratcha AKA DVA is involved in everything to do with today’s British underground electronic music scene. When plucked by Kode 9’s forward thinking imprint Hyperdub for his release ‘Natty’, Scratcha was introuduced to a new audience as a funky producer but his production CV extends back further to grime where he has worked with luminaries including Wiley. Most recently, Scratch has launched a new... moniker “Soule Power”, his most sunshine infused alter ego - ‘Just Vybe’ feat. Fatima is of the Bugz In The Attic ilk - but what unites all three of his AKA’s is the attitude and energy which keeps ravers jacking throughout the night. His record bag boasts the timeline of British rave culture from jungle to present day and at the moment you’ll hear him playing a predominantly “funky” based show. Wire Magazine called his set with Roska at Bloc Weekender 2010 “the most enjoyable of the festival”. Always an informative set, DVA favours upfront and left of centre music over yesterday’s tired hits. His fans include Kode 9, Sinden, Roska, Mary Anne Hobbs and Appleblim. Since 2005 Scratcha has hosted ‘Grimey Breakfast’, the flagship show on international tastemaker station Rinse FM, playing everything relevant to new British electronic music, from funky and dubstep to d&b and all associated cousins. His role at Rinse means he’s inundated with new music from the very best of established and up & coming arists across the board and Scratcha prides himself on joining the dots between genres, uniting dance-floors of all tastes under the rave culture umbrella. When it comes to rave music, Scratcha is the man in the know with his finger firmly on the pulse of the British underground.