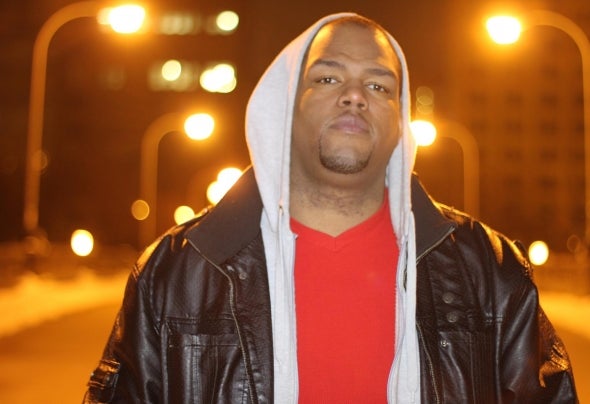 Born and raised in Chicago, Illinois DJ Phil traces hisearliest musical influence back to listening to oldies from the 70s & 80s in the as a child in his grandmother s car. Meanwhile, his uncle was listening to the 102.7 FM WBMX, featuring artists such as Frankie Knuckles,Armando Rivera, Ron Hardy, Little Louis and others, which were his first exposures to house music djs. By the age of 12 Phil was being exposed to Ghetto-House mixtapes that were circulating around the underground in Chicago. These experiences led to a further involvement in the burgeoning Chicago Ghettohouse and Juke movement. Phil has found inspiration through many forms of music and artists ranging from legend producers Jimmy Jam and Terry Lewis to J Dilla, DJ Deeon, Funk, Traxman, Polo, Clent, Jammin' Gerald, Gant and of course Spinn and Rashad. By 2010, through hard work and dedication, Phil was collaborating with artists that were at the top of the game in the footwork community, such as DJ Rashad, DJ Manny, DJ Earl and more. After a first EP on Ghettophiles, some colaborations with DJ Rashad on Hyperdub Records or a track featured in Global Footwork Vol1 on Booty Call Records, Phil strikes back with the Road Trip EP. Including tracks with the Legendary RP Boo and Teklife's DJ Manny, he with this project his most complete work, with all his influences from soul to rave, acid to jungle.