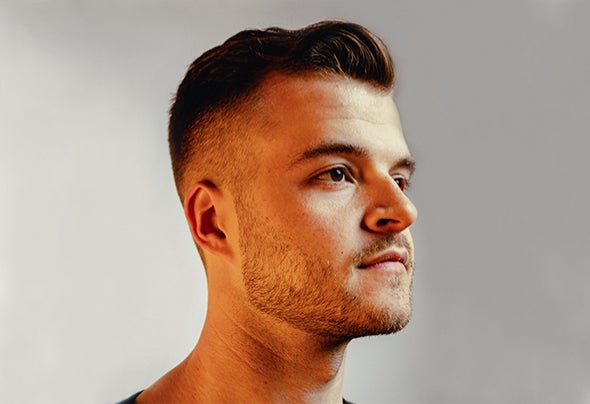 GRAMMY-nominated producer and musical prodigy, Martin Vogt a.k.a. Haywyre has risen to become one of dance music’s most distinctive creatives. His prowess for exceptional music started as a child, where he didn’t connect with the strict musical rules taught in his traditional Austrian classes. Instead, Haywyre felt drawn to the eccentricities of jazz performance and electronic music production, where he found inspiration from figures as diverse as Herbie Hancock, Flying Lotus, Noisia, Jacob Collier and Sergei Rachmaninoff. Having earned the admiration of some of the biggest acts in the industry, Haywyre has toured extensively as a headline act and also in support of artists like Zedd, Rezz, Gramatik, Mat Zo, and GRiZ. His acclaimed album series ‘Two Fold’ remains a career highpoint. Thematically, these albums explored the concept of duality, and was inspired by Daoist philosophy. ‘Two Fold Part 1’ was also notable for being the first full length artist album released by the iconic electronic label Monstercat. These releases were followed by an incendiary live rendition of Michael Jackson’s “Smooth Criminal,” which went viral and has amassed millions of plays on YouTube, catapulting Haywyre further into the dance music spotlight. In both the studio and through his live performances, Haywyre’s eclectic vision and fluid dexterity as a pianist and vocoder pioneer parallels effortlessly with his innovative take on contemporary dance music. In his recent works, Haywyre has delved into exploring the intricacies between electronic sound design and how it intersects with pop songwriting. This is best seen in his remixes for artists spanning from American pop star Charlie Puth, to dance floor superstar Martin Garrix, to electronic duo Odesza, and most notably in his remix of Bazzi’s “Young & Alive,” which received a 2021 GRAMMY® nomination for Best Remixed Recording.