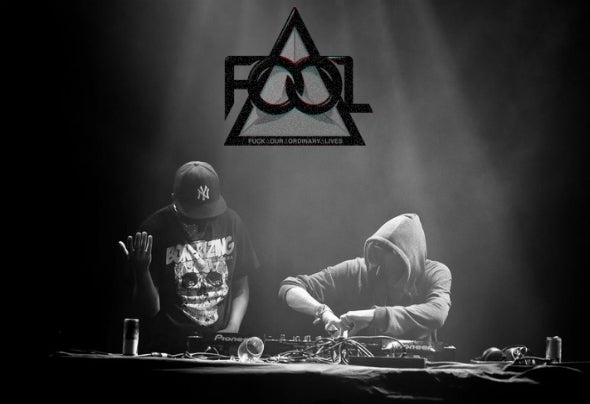 Making their debut in late 2009, the Swedish duo of Rasmus Hermansen and Oliver Nilsson have taken their name to heart – F*ck Our Ordinary Lives – and risen to the top of the hard/melodic electro scene, winning over thousands of fans worldwide. With massive support from the electronic music blogosphere ever since the free internet release of their debut EP Ashy Diamond Lungs (Late 2009), F.O.O.L. has become a near-household name in the scene alongside the likes of Le Castle Vania, Danger, Toxic Avenger and much more.Having played every other continent on the planet, F.O.O.L bringing their unrelenting sound and notoriously high-energy show!