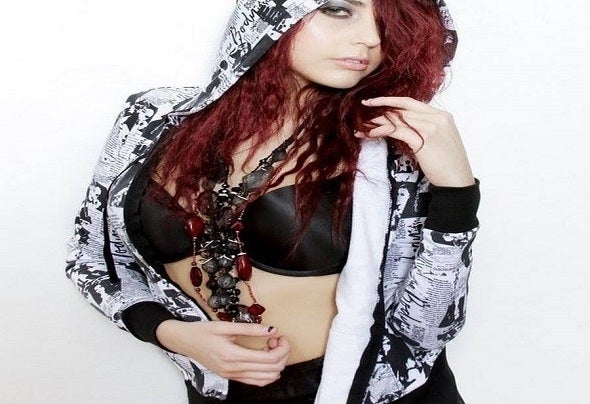 Elle Vee was one of 2016’s breakthrough singers and songwriters. Last year alone, she collaborated with some of the world’s best artists such as Benny Bennasi, Ken Loi, Dzeko & Torres, Wasback, and Paris Blohm to name a few. Her tracks have been supported by Tiesto, Blasterjaxx, Dimitri Vegas & Like Mike, Hardwelll, Nicky Romero, Andrew Rayel, Breathe Carolina, Ummet Ozcan, Futuristic Polar Bears and many others. It seems like every track she works on becomes a success. What many do not see is the years of hard work she has put in leading up to this point. Many musicians may have breakout years, but Elle Vee has been putting out great music for nearly a decade. She is far more than a great vocalist featured on one or two hit records. The combination of her fundamental musical knowledge, immense songwriting experience, gifted production abilities and her iconic voice place her in a class above many other emerging artists. Elle Vee is an artist worth remembering, as you should expect to see her music for years to come.In early 2016, she signed a co-management deal with Andrew Lazar and Craig Vinarsky at Timelapse Music Group. The three of them successfully worked on landing major features and key collaborations throughout the year. Her biggest song to date is her latest feature on the track “Into Dust” produced by Paris Blohm. It was released in January 2017 with Trap Nation's label imprint Lowly Palace. Elle is put in the spotlight and she shines through as her voice takes you through a wide ranging melody that continues to draw you in. The track instantly broke 3.7 Million views/streams on YouTube and over 2 million on Spotify and 1 million on Soundcloud. Their song also reached #1 on the global SoundCloud EDM/Dance charts and held the position for almost three days. The song continues to gain support from some of the biggest names in dance music.