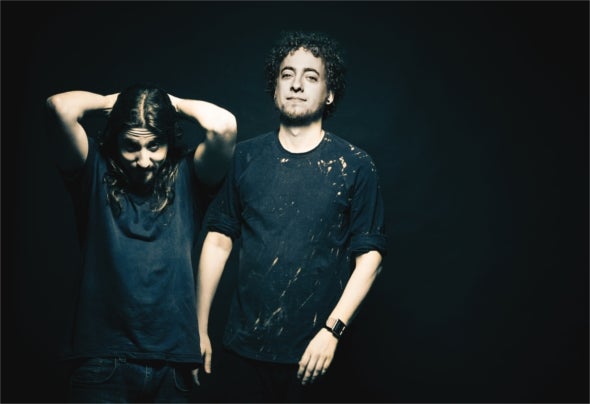 "Hailing from the Brazilian city of Rio de Janeiro, Felipe”Fel” Lozinsky and Gustavo “Guk” Rozenthal – otherwise known as Felguk – have fast established themselves as the biggest dance music act in their homeland in the 6 years they’ve been producing together under one moniker. Since 2007 they’ve been exciting ears and blowing away audiences across the world; lighting up clubs and festivals with their unique blend of electro, house, heavy low end and ‘anything goes’ attitude.Felipe and Gustavo’s passion for electronic music stems from a young age and they have maintained this love ever since.Always remaining true fans at the same time as producing and performing, they concern themselves with far more than simply making a mark in the pop world; constantly honing their talents and pushing themselves towards perfection. T hey draw influence from all over the world and this is shown not least in the company they keep when in the studio; collaboration highlights like Dimitri Vegas & Like Mike, LA dubstep kingpin 12th Planet, Australia’s top house export Dirty South, one of the UK’s hottest properties Example and Israel’s trance masters Infected Mushroom all prove that these two boys from Brazil have their ears to the ground and fingers firmly on the pulse of the global dances cene."