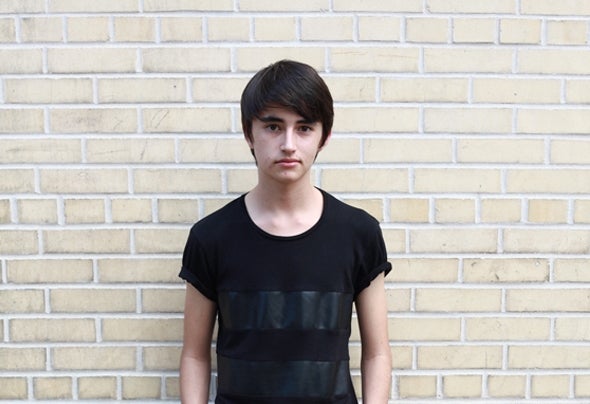 Daniel Illetschek is ready to take his musical career to the next level with his new persona, Loudan. His Loudan project proves that he’s determined to not only advance his talents, but refine his sound and unleash the most complete big room products on his audience. Having shared the stage with artists such as Nervo, Nicky Romero, Carnage, and Vicetone, Loudan has been able to absorb the skills of his predecessors. With the talent he’s built so far, his imminent success is no longer an “if,” but “when.”The 17-year old Loudan was born in Germany but residing in Mexico the last 10 years, is a walking testament that debunks any argument of age being a factor in skill.After winning Beatports remix contest with his remix of Ricardo Reyna’s “La Sabroza,” he decided to take his game to the next level. You might have heard his fat beats on Beat 100.9, one of Mexico’s largest electronic radio stations. He’s already produced a number of high quality tracks in theearly stages of his career; the next year has even more in the works.His goals are simple: create timeless tracks capable of moving his audience both physically and emotionally. It’s a tough task nowadays. Some artists capture the energy of a track and get the crowd jumping, but don’t connect with the crowds feelings. Others can bring feels out easily, but aren’t big enough to get a crowd to go nuts. A Loudan track will remind any listener how beautifully powerful music can be.In regards to his musical process, his motives are very straightforward: “I’m about quality, not quantity. When something cool happens in the family, it comes out in the studio. I’m about energy in bulk, and feelings in bulk.” Although the tracks may not come in bunches, you can expect each one to be treated with great care. T he connection with each track is not a choice, but a necessity. He’s not another “hot-shot up-and-comer who gets nasty”; Loudan is a man who crafts art with a focus on detail.2014 has surprises on the horizon for Loudan. He’s already slated in a supporting role on the Nervo-Nation tour, which will give his sound even more publicity. While both working on material and gaining experience in clubs and festivals, he plans to force fans to do a double-take each track he releases. When creating lists of artists to remember this year, make sure Loudan is included. We will all look back and remember when we first heard “that song” that hooked us to his passionate blend of deep feeling and raw, uninhibited progressive power.