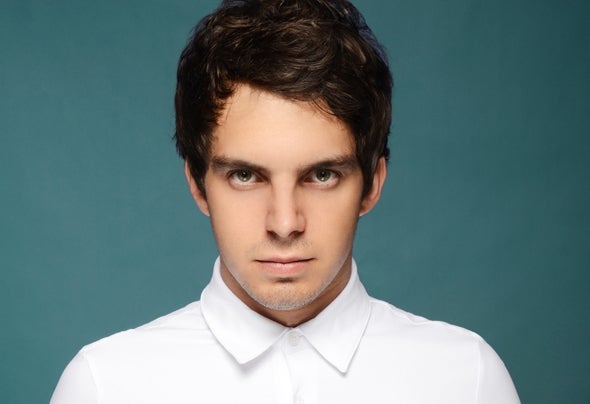 Since his discovery in 2006, French DJ/Producer Arno Cost,quickly moulded his reputation into one of the scenes mostpromising young talents. With his musical sensibilitiesresiding within the realms of electronica, disco and house,Arnos’ production and remix work has attracted praise fromsome of dance music’s most formidable figures, includingDavid Guetta, Axwell, Avicii, Tiesto, Pete Tong and SebastianIngrosso to name a few.Arno Cost’s talent has stemmed from exposure to music atan early age. Brought up on a diet of pop music, Italo-Discoand later, the innovations of the seminal ‘French Touch’ suchas Daft Punk, Arno’s appreciation turned into creation as hetook his hand to production in 1999.Fast forward to January 2006 and the fruits of Arno’s labourpaid off after being signed to Serial Records in France.Arno’s name was lavished with a great deal more attentionin 2006 following the release of his first smash hit, ‘Magenta’which he produced alongside Arias. Pete Tong and Axwell’srespect for the elegantly crafted track was no secret, andwith an arresting rework from Dave Spoon, ‘Magenta’became something of a DJs secret weapon all over theworld. Arno’s next Cr2 release was 2007’s ‘Apocalypse’ withNorman Doray; a heady concoction of sweeping houserhythms and thumping beats. With no doubt as to thepotency of Arno’s partnership with production buddy NormanDoray, the status of France’s answer to the Swedish HouseMafia is one increasingly linked to the Parisian contingent.Since then Arno has been called on to remix many artistslike Moby, Goldfrapp, David Guetta, Laidback luke etc…Over the past few years, in line with a busy schedule,touring all over the world, Arno Cost has consistentlydelivered quality music. His tracks "Cyan" and "Lise"released in 2010 and 2011 get huge support from djs andradios and allow Arno to play at the best clubs and festivals(Tomorrowland main stage, Pacha Ibiza, Creamfields, GreenValley…). From then on, David Guetta invites Arno to playevery summer at his party "Fuck Me I'm Famous" and theSwedish House Mafia welcome him during two years fortheir weekly show at Pacha Ibiza. Arno, whose reputation is now firmly established, decides togo back in the studio and produces "Lifetime" for Spinninand "Head Up" for Size Records. Those two records, out in2012, get a big success and confirm Arno's ability toproduce different kinds of music bringing along heavy doses of melodic vibes and peak-time moments. Building on that success, Arno Cost starts touring in the USand get a residency in Las Vegas and scheduled events inMiami, New York, Los Angels, Boston, Denver, Montreal orToronto. He also travels the world to make his fans happy inAsia, Australia, Europe or Brazil…At the end of he year, Arno produces the track"Nightventure" in collaboration with his friend Greg Cerrone.The track is released on Steve Angello's label "Size" onDecember 23rd and is played and supported by his friendsDavid Guetta, Nicky Romero, Fedde Le Grand and SebastianIngrosso.Arno’s latest release; Strong, gets loads of support by DavidGuetta, Nicky Romero, Steve Angello, Pete Tong, DannyHoward, Oliver Heldens, Sander van Doorn, R3hab andmore. The sparkling combo of funked-out bass guitar, drumsand synths on ‘Strong’ create a modern and unique track.With muscular hooks, combined with an anthemic vocal thetwo Frenchmen have yet again created the ultimate dancefloor filler.