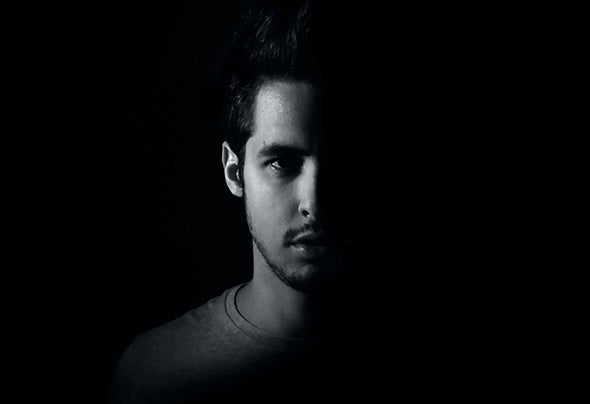 Since he was young, French DJ/Producer ARIAS has found in music an incomparable passion for which he decided to dedicate himself entirely. His curiosity leads him to discover the world of musical production that has always been attractive for him. A passion that brought him to meet new people, particularly centered on Break Beat and House. ARIAS’ productions were noticed by the most renowned artists of international electronic music scene like Pete Tong, Axwell, Eric Prydz, Joachim Garraud & many more. 2013 is the year of the beginning of a new adventure. It was important for ARIAS to peacefully take some distance after his previous successes and elaborate his own world without any pressure. From now, he totally wants to control his own destiny, something extremely important to him and his future.Pioneer of the electronic music scene, his talent and work lead him to produce with Arno Cost the anthem "MAGENTA" in 2006, which has been signed by Serial Records and Airplay. "MAGENTA" was the most played tune at the Amsterdam Dance Event that year. With a pulsating side- chained bassline, a soaring yet simple melodic line and Pryda-esque synth loops laced throughout, "MAGENTA" crossed the genre boundaries to be nothing more than a sublime cut of electronic music. Uplifting, driving and melodic, this is big-room house through and through. Edited by Eric Prydz, played by Axwell, “MAGENTA” was the beginning of a long road.After the success of that initial release things went a bit crazy. In 2007 he signed "FLYIN" on Serial Records label which was ranked as Number One in the Radio FG Top Chart. In 2008, Arias continued on his unstoppable way and released various tracks such as "SWEET MELODY" "REDBLACK" "LOVE CANDLE" with amazing crunchy bass- lines and trancy up-liffted leads. In 2009 ARIAS released the progressive smash track called "BURNING HEART" and the monumental "ATLANTIC" tune.In 2011 both Parisians ARIAS and ARNO COST released "THE DAYS TO COME" on Atlantic Records. They broke out of their burgeoning stardom in France and onto the worldwide stage as dance music champions. Their latest coup, an infectious, energizing club smash has been buzzed about on YouTube postings and forum message boards for over a year, and was finally ready to drop as one of the hottest tunes of the year. Then during almost 2 years,ARIAS decided to return to production and take the time to work his musical approach. “I wanted to share with people what feeds my imagination. I've always been amazed by the Universe, its beauty, perfection, stillness & strength. To me it was important to share those feelings throughout my music.”2013 has marked the beginning of the adventure. ARIAS emerges from the shadows and makes his overdue return to the original production front with the first release of his new Olympia Records label "ANDROMEDA". “ANDROMEDA” is a very melodic track with subtle vocals that makes a wonderful and promising Progressive music environment. “I gave to my music a lot of thinking and I wondered what would be the best way to develop my ideas serenely and without obstacles, and the idea of setting up my own label came to me naturally’ explains ARIAS. T his year has set up the bases of the entire ARIAS universe. Musically speaking,ARIAS decided to not follow the easy way because he chooses to make an off the beaten music. Thanks to Olympia Records he wants to deliver his own footprint that is delicately melodic, complex ands ophis ticated."ANDROMEDA", "PEGASUS", "MAJORIS", "SOLAR" reached the top 100 Beatport and proved once again that ARIAS is definitely one of the most relevant DJ/Producer of his generation."I want to make people dream, give them something really different from what they’re used to hear and see, but it takes time and a lot of work to achieve such a thing." ARIAS says.