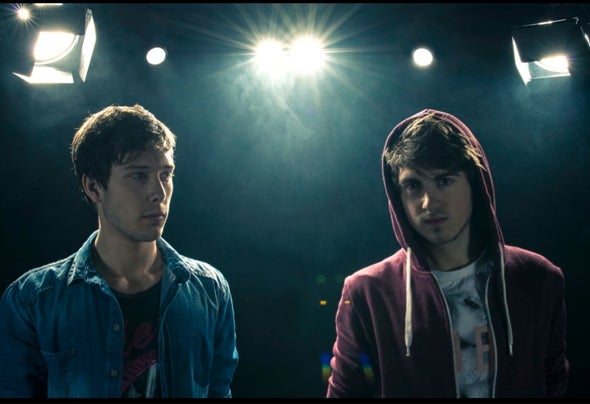 As childhood friends, Ruben and Victor had lofty dreams of playing music to crowds of thousands of people chanting to their songs. Several hours from any signs of nightlife in Amsterdam and with nothing more than a small home studio in rural Netherlands, the duo set out on their goal - crafting a harmonic, melody driven, Big Room sound that is as easy to listen to in your home as it is on the dance floor.Now only one year since the fruition of Vicetone, the Dutch duo is having the breakout year that many aspiring producers can only wish to sell their souls for; gracing the 2013 DJ Mag Top 100 poll at #60, racking up five HypeM #1’s, performing on a 6 week sold out North American tour, playing internationally renowned clubs including Ushuaia Ibiza and Ministry of Sound London as well as festivals such as Tomorrowworld and Electric Zoo, and releasing multiple Beatport Top 10 charting singles including “Heartbeat” featuring Colin McLoughlin and “Stars” featuring Jonny Rose.In August 2013, Vicetone released their most noteworthy record to date, “Tremble” on Nicky Romero’s Protocol Recordings. The massive hit garnered support from top DJs worldwide including Tiesto, Krewella, NERVO, David Guetta, Avicii and many more.Powered by nothing but their pure and honest passion for dance music, this is only the beginning for Vicetone. With their “music first” philosophy, it is only a matter of time until they join the top ranks of DJ/Producers they idolized only months ago. As Ruben and Victor would say, "Music means everything to us, and our goal in life is to share our passion and love for it".