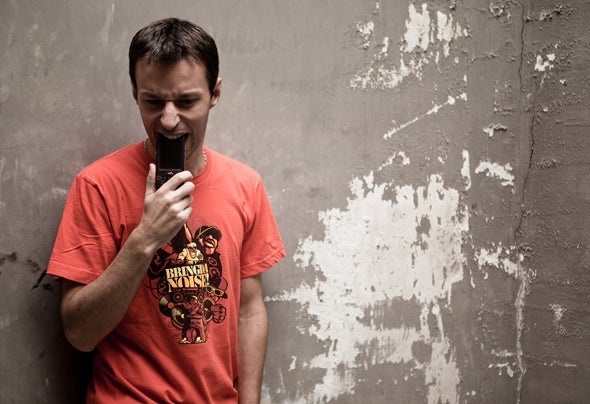 Muttonheads has always been fond of music. As a child, he falls in love with piano. After he discovers DJing, he turns to electronic music and starts composing his own songs, being influenced by French electronic bands such as Daft Punk, but also by Disco and Funk, his favorite being Italian disco from the 80’s.In 2004, Muttonheads signs with Serial Records and releases his first track “To You” which quickly meets a big success. His second track “Smashing Music” follows the same way.In 2005, Serial Records releases “I’ll Be There”. The track hits the charts and remains, for most people, a Muttonheads’ masterpiece. After that, Muttonheads starts working with Mathieu Bouthier. Together, they release “Need U”. The next year, their cover “Make Your Own Kind” of Music hits number one all over Europe!At the same time, Muttonheads keeps on producing his own tracks: “Acid”, “Ready”, “Macrocosme”, and mixes on FG Radio as a resident DJ.In 2007, he produces “Remember” with Mathieu Bouthier, before going into the production of his album.The first single from his album is “Moment Of Happiness. A large number of radios play the track in France with great enthusiasm!In 2008, Muttonheads make the buzz with an unofficial remix of Daft Punk "Around The World", which spread worldwide.2009 is off, because Muttonheads works on his debut album "Demomaker" due out soon. Muttonheads develops his activity as a producer and worked on several projects with Mathieu Bouthier, and other artists with whom he work in the background. He also initiated a new label concept called “Partouze Records” (http://www.partouzerecords.com).In 2010, he presents us his new single “Moment Of Happiness” with a crazy music video!In 2011, once again, Muttonheads drops a bomb in the French music landscape: ”Trust You Again” Feat. Eden Martin. The track is in the Top 5 most played records of the summer, reaching number 1 on the most influential stations in France: NRJ and FUN Radio. At the end of September 2011, “Trust You Again” is still number one on many stations, and is getting released around the world.In the same year, he decides record another track with Eden Martin name “Going Away” which is still in the same spirit of “Trust You Again” but more progressive. In 2012, after the highly successful "Trust You Again" and “Going Away”, Muttonheads records a new track with Eden Martin & Big Joe “All Night Long” which literally blows the dancefloors up.After “All Night Long” Muttonheads decides to come back with a more personal EP: “My Dancefloor Recipe Vol.2”, a special opus to show us that he has never broken up with his first influences.The future will be the occasion to discover new original titles, remixes, and many more.