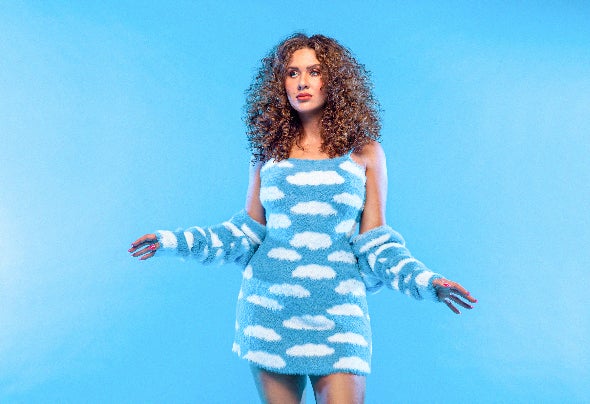 Alex Hosking, hailing from Adelaide, South Australia, has been unstoppable for the past two years. Travelling the globe and leaving a trail of songs behind her, she caught the eye of global giant Sony Publishing and Warner UK Record Label. Alex wanders between House Music and Pop stylings and canvasses her life experiences with wit, charm and humour in her lyrics. Collaborating on many worldwide artist projects within the last twelve months, she is nothing short of unstoppable; producing fresh and courageous sounds as the international demand on Hosking reaches new heights. It is this demand that has led to Alex writing more than 1000 songs in the past 3 years, having worked with countless talents in the global industry. Alex thrives as a songwriter and whilst her extensive catalogue of songs continues to garner the interest of international artists, she has reserved a couple of favourites for her own exciting project. Alex brought 2020 in with the smash Fake Friends collaboration with DJ PS1 from New York and made it into the top 20 Official Charts selling over 600,000 units and becoming a gold record with over 60 million streams. Alex and PS1 enjoyed working together so much they released their second song Life Goes On written with DJ duo Goodboys ( Piece of Your Heart and Lose Control with Meduza and Becky Hill) In April of 2021, so far Life Goes On has gone top 40 and has just cracked over 25 million streams on Spotify alone and has achieved Silver status with 400,000 units sold. Alex signed to Warner Records UK and has released her first song Need Your Love with viral success DJ Majestic (Rasputin over 300million spotify streams) The song has cracked the shamza top 40 charts and hit 1 million streams in the first month of release. Big things to come for this rising star.