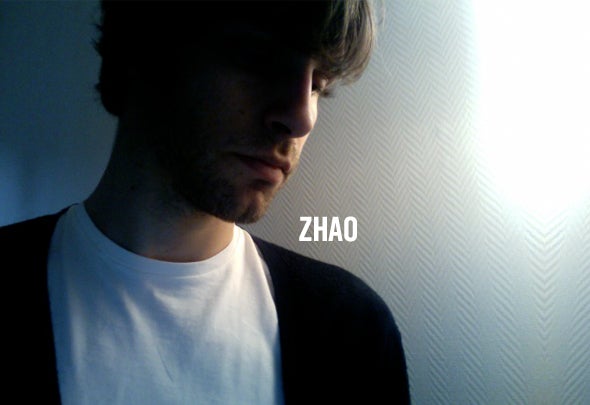 Zhao is the kind of guy who is doing music by himself, who founded his label Anozer without asking for anyone else's help... and who is now in the best techno DJs' playlists without asking for it…”- A nice quote from Get the Curse’s headman Clement Meyer that pretty much sums up Zhao - Founder of the label Anozer, Zhao released various EPs and remixes on respected imprints such as Archipel, Resopal Schallware or Kassette between 2007 and 2010. Recently, time has accelerated for Zhao, since he released EPs for Simian Mobile Disco’s This Is Music, Tiga’s Turbo Recordings, Remain’s Meant, Teki’s Sound Pellegrino and last but not least for Kill the DJ with british producer Matt Walsh! For his work, he has gathered support from big players such as Richie Hawtin, Troy Pierce, Miss Kittin, Tiga, Chris Liebing, Tim Green, Brodinski, Danton Eeprom, Noob, Harvard Bass, Laurent Garnier, Chloé and countless others.