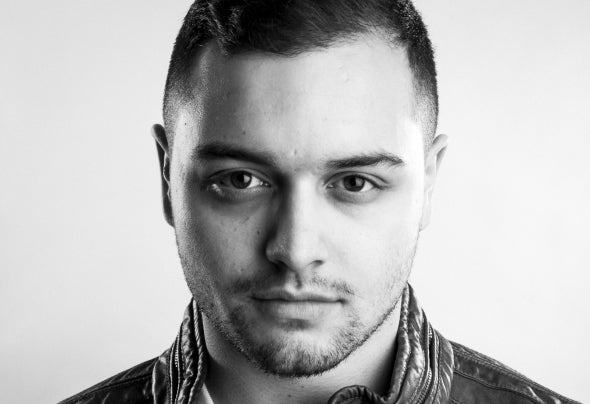 With fast-growing support from top artists and an incredibly loyal fan base, New Jersey native Michael Gazzo is poised to be one to watch in 2014. Beginning his career in 2011, Gazzo quickly established himself by remixing everything from The Temptations to Wolfgang Gartner and injecting them with a signature emotion-driven electro touch. It wasn’t long before others started to notice, leading to features on media outlets like This Song Is Sick, DJ Mag Canada, The Huffington Post, Dancing Astronaut and Complex-affiliated Do Androids Dance, who says “there’s no denying Gazzo’s talent.” This past year solidified Gazzo’s place as a rising artist – not only did he nab official remixes for artists like dBerrie (“Aquarius”) and Rudimental (“Free”), but he released originals “The Cage EP” with the Disco Fries’ Liftoff Recordings and “Funky Beats” on Fedde Le Grand’s own Flamingo imprint. As if that wasn’t enough, Gazzo also saw nine of his songs reach the Hypem overall top ten, and three remixes climb to the coveted #1 overall spot, a feat few artists can lay claim to. It’s no wonder A-listers have started to back Gazzo’s impressive catalog. His songs have been supported by Tiesto (BBC Radio 1 Essential Mix), Hardwell (Hardwell on Air), Fedde Le Grand (Dark Light Sessions), Cash Cash (Royalty Radio), Quintino (Supersoniq), UMEK (Behind the Iron Cutrain), Gregori Klosman, Kim Fai, Pierce Fulton (Get Weird) and more. He’s also shared the stage with names like Zedd, Morgan Page, Adventure Club and Laidback Luke, played Dayglow and Starscape and recently returned from headlining a country-wide tour in India. Gazzo’s melodic, multi-layered fusion with hard electro has already gained him an ardent fan pool and praise from top industry voices, like Cash Cash who say "His ambition to keep things sounding fresh is both contagious and inspiring." It’s clear Gazzo’s taking the dance world by storm and inviting everyone along for the ride.