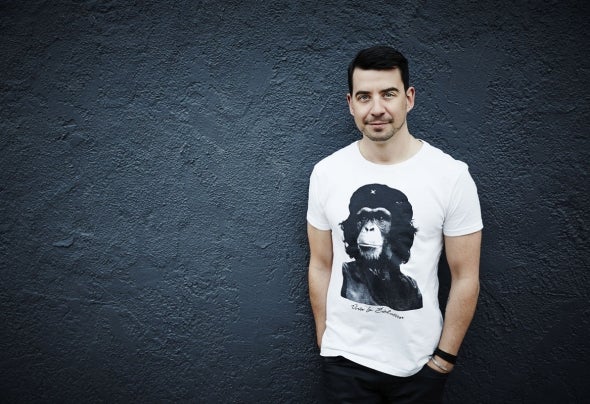 Jono Fernandez remixes for artists like Groove Armada, Cedric Gervais and Morgan Page and his tracks get played by such DJs as David Guetta, Tiësto and Thomas Gold. But in 2014, the Sydney-based producer will do something he hasn’t done before: recording his first artist album.While the origins of Jono’s music production can be traced to his bedroom at age 15, he’s spent over a decade now releasing music on some of the world’s top dance labels. The last year alone has seen Jono Fernandez releases on Chris Lake’s Rising Music, Mark Brown’s CR2 Records and Australian dance fixture OneLove. Tracks like “Lights Are Fading” (with Twin Atoms) and “Hear Me” (with Katrina Noorbergen) charted well in his home of Australia, paving the way for him to crack the UK club market with “Let It Out” and the Beatport charts with his Kaz James collaboration, “Stars.”Anthemic, unapologetic, and custom-made for the big room, Jono’s music has never held back and his new material is no exception. His next single, “March of the Monkeys” is a pulsating peak-hour jam that compromises neither on melody or Jono’s own cheeky sense of humor.Jono promises that his album won’t be entirely club bangers; during the recording process he plans to mix things up and draw upon his background as a multi-instrumentalist (Jono plays guitar, piano, bass, violin and flute), mixing electronic instruments with those of the rock and classical variety.“I'm aiming to blur the lines between some of these genres and create a blend that comes from the heart and will hopefully result in some truly unique sounds,” Jono says of the album. “Stylistically I want to incorporate orchestral, rock, and modern experimental sounds into what I normally do, which is more traditionally electronic.”In fact, while Jono’s work sounds at home across global festival stages and nightclubs alike, that Jono himself is not actually a DJ but a live producer sets him apart from many of his peers. A longtime champion of Ableton Live, what you hear in a Jono Fernandez live show is not played from pre- recorded CDJs or mp3s, but from the sounds produced live on a laptop, an APC40, an effects unit and a hell of a lot of trigger pads. 2014 will also see Jono tour the US as the winner of the Budweiser Producer/DJ of the Year at the Australian Independent Music Awards. His tour will include dates at Marquee Las Vegas and Marquee NYC this summer.Even as Jono continues to produce and release music at a pace that most would find dizzying, the truth is, we have yet to see the full range of talent this one-of-a-kind producer has to offer.