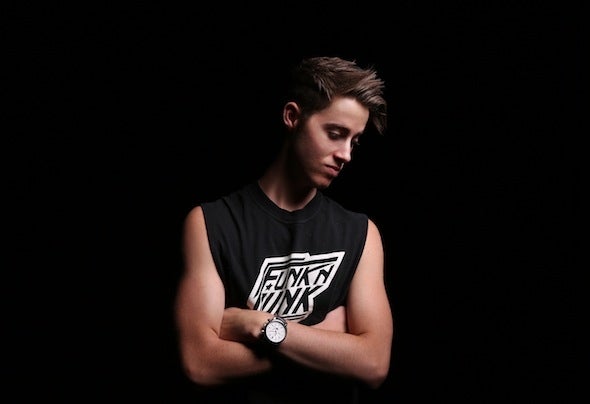 Zac Waters, a born-musician whom grew up listening to Pearl Jam, Led Zeppelin, Cake and the Barbie Pool Party mixes, only found his Electronic Dance Music calling a short two years ago. Since then, Zac, now 19 years of age, has managed to make very noticeable waves all over the world with his stunning plethora of remixes and originals and a self-created genre ‘Meltrance’ incorporating elements of the globally recognised Melbourne Bounce sound and Trance music. This genre-defining musical genius set the standard with his first releases with “Decimate” hitting #63 on the Beatport overall charts, and “Life & Death” sky-rocketing to #10. Since Zac’s explosive track “Zenit” went viral, gaining support from Will Sparks and Laidback Luke it has been full steam ahead for the Melbourne-born superstar. After listening to his ever-growing discography of original releases, you begin to quickly see that Waters is no ordinary talent. A producer who has been esteemed by, and gained the support of some of the worlds biggest DJ’s - David Guetta, Will Sparks, Gareth Emery, Ferry Corsten and Markus Schulz to name a few. With an obvious knack for creating masterpieces, residencies at Billboard Nightclub and Anyway, a jam-packed schedule of gigs Australia wide and his very own genre lifting off the ground - there is no questions as to why he is one of the most thrilling new talents to be emerging out of the Melbourne dance music scene.