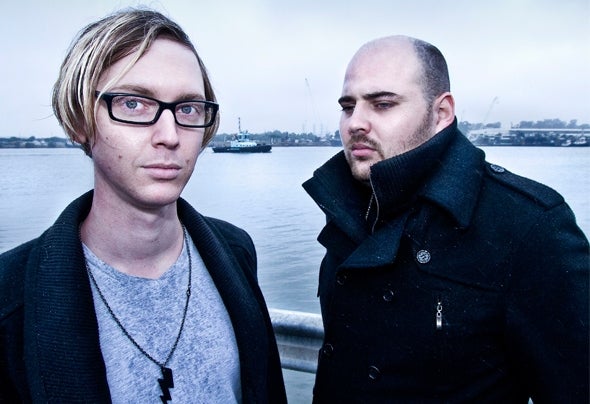 Brisbane fused a wealth of talent in duo Slop Rock. For Mitch and Tomy the evolution from chunky band material to the leading electronic approach encouraged a musical virtuoso. Heavy on the electro and progressive tips, this finely tuned duo sets a standard worth taking your earplugs out for.2009 broke dawn when the duo fluxed and the Slop Rock onslaught emerged drawing inspiration from the years passed, with modern dance music icons Zedd, Swanky Tunes, Denzal Park and local hero Tommy Trash. Regularly frolicking with raw live sounds and dance floor beats it’s without a doubt the product exuded is nothing short of epic.Signed to Velcro, Sweat It Out, CR2, Ministry of Sound & Central Station Records Slop Rock are too pushing their own empire Shabang and Hi-Tech Records aligning artists like TJR, Deorro (AKA Ton!c), Stupid Fresh and Oliver Twizt. They have perfected the art of a solid beat. Its Shabang’s releases that have taken this pair from band to Beatport dropping in on charts globally, as too local ARIA recognition with features on international labels CR2 and Ministry of Sound’s compilations which paved the way to them hosting their own stage at Future Music Festival Australia.Consistently sitting on the charts, Slop Rock has seen remixes for Milk & Sugar, MYNC, PeaceTreaty and chart topper Danny T take up to 4th spot while paragons like Hero and Revolution have all embarked on Beatport and ARIA Chart raids. Outside of the charts Slop Rock aren’t shy of a play on national radio as well as spins on BBC Radio 1, Tiesto's 'Club Life' & Fedde Le Grand's 'Dark Light Sessions' while fellow Aussies The Stafford Brothers and Tommy Trash feel the inclination to drop a SR bomb on the festival stage too!The adrenaline of these artists boils up a ruckus in consoles throughout hometown Brisbane with The Met residency, clubs around Oz and last but not least bangin’ festivals Blah Blah Blah, Future Music, Stereosonic and Parklife...with a few more bill spots on the way. It’s these shows that tease the norm supporting the likes of Hard Rock Sofa, The Loops of Fury, Firebeatz, Boys Noize and prized opening sets for Steve Aoki & Tommy Trash.With their roaring single featuring the vocal styling of American smooth liner Whiskey Pete 'Super Dope' earning a staggering #4 spot in the ARIA Charts, a barricade of studio