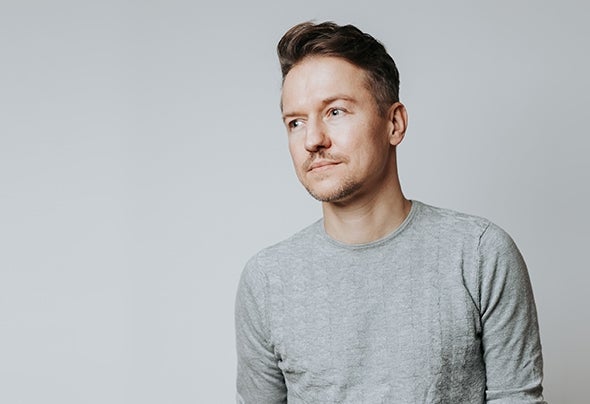 So what's with that name Magnifik? Well, it stands for magnificent. Not the artist but the music. It's all about the love of music. Magnifik’s soulful electronic tracks have been described as 'music for the nu-romantics' and his knack for mixing catchy melodies with soul, disco and house inspired productions have earned him plenty of fans since he first started playing a synth just to his cat. He has represented Australian talent in New York as part of the Summer Stage Festival, played at the Warehouse Music Festival, performed runway shows four times at Fashfest fashion festival, featured at two ArtNotApart art festivals, was the headliner at the CBR Day concert and performed at the Triple J’s Groovin The Moo festival. Magnifik has singles out on Bobbin’ Head Music, Yes Yes Records, Klub Kids, Say What and Hot Sunday Records and remixed such acts as PNAU and SAFIA on labels including Ministry of Sound, Etc Etc, Sweat It Out, and Bam Bam Records. The singles have been around the ARIA Club Chart and received airplay as far as Radio 1 in the UK, Fritz radio in Germany and as close at Triple J in Australia. His songs even featured on highly successful compilations including Ministry of Sound Chillout Sessions XIV, Hed Kandi Beach House, Defected Records Niki Beach Miami and RAW FM. How successful? Even his grandmother has a copy of all of them. Under his belt he has the albums ‘Amateur’, ‘The Gentleman of Disco’ and ‘Romantik’. And that he certainly is. For all this effort he recently received a pointy award as the Best House Producer at the Music ACT Annual Music Awards. It is now glistening in his studio, but let’s not focus on that but rather on all the electronic soul music that he is lovingly working on now.