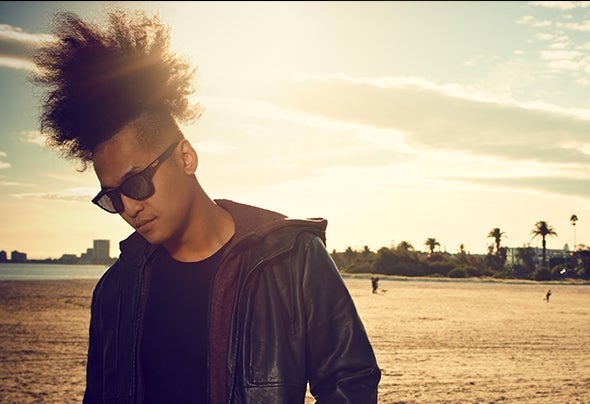 Singer, writer, producer and DJ, Mr. Fluff found his love for music at the age of 10 when his father bought him his first guitar. This saw the young Malaysian, hailing from the capital of Kuala Lumpur, venture into several genres and delving deeper into his musical palate, along the way developing his own sounds and style as a writer, vocalist and performer. With a love and appreciation for a widerange of genres such as Neo Soul, Heavy Metal, Indie Rock and House, it wasn’t long after the discovery of digital production software that Mr. Fluff caught the electronic music bug. Little to anyone’s knowledge this was the beginning of something big.Venturing into the dance music scene in 2007, Mr. Fluff has released tracks with labels such as Love International, 220VDRecordings, Ambasada Records and his own Pixelated Waves imprint, and was awarded the accolade of “Producer of The Year” by Choons Awards in 2009 with his club banger entitled “Caution”. Playing shows in cities abroad such as Las Vegas, Xi’an, Bandung, Melbourne and Singapore for renowned clubs Bedroom, Fantasy Club,Z ouk, Tao @ Venetian, Avalon Singapore, Seven & Alumbra quickly followed. Having rocked the dance floor and festivals alongside the likes of Swedish House Mafia, Steve Aoki, Congorock, Bloody Beetroots, Dirty South, Chemical Brothers, Groove Armada, Erick Morillio and Paul Oakenfold to name a few. Every DJ set from Mr. Fluff is packed with energy, hype and LIVE vocals, being one of the few DJs in history to not only produce tracks but also write and sing on them too, this is one show that you wouldn’t want to miss out on!In 2012 he found his home with world renowned label Vicious Recordings, having released 3 singles “Raise Your Voices”, “Fearless Hearts” and “Forever”, plus his club styled “F.I.R.E. EP” to date. His latest brand new co- produced and vocalised single is included on the IMS USB, titled “T he Other Side” with Andy Murphy & Gorg (forthcoming on Vicious).