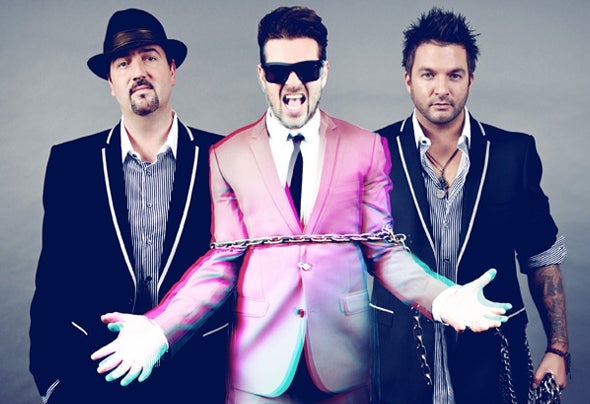 The Potbelleez’ back catalogue reads like a checklist of anthems for a generation of Australian clubbers and festival goers: Hello, From The Music, Shake It, and (of course) Don’t Hold Back. And with Australia conquered, the group that began as an ambitious back-to-back DJ outfit over a decade ago are now setting their sights on the rest of the world.Founding members Dave Goode and Jonny Sonic, along with front man Ilon Kidron, took their quest for a deeper sonic adventure across the seas to Europe in 2012. Confirmed studio collaborators include Swedish teams The Kennel and Trinity, Norway’s Dsign Music, and London collective Agent X, whose string of production and remix credits includes crossover stars like Dizzee Rascal and Wiley.So what t o expect of t he leaner 2013 incarnat ion of The Potbelleez? “A bigger international sound,” Goode reveals of their two forthcoming EP releases, adding, “we have a signature sound that we want to maintain, but we’re moving forward and moving on.”It’s a long way from the band’s beginnings, when Goode and Sonic paid their dues in Sydney clubland with up to five DJ sets a weekend as they made their name bet ween 2002 and 2007, including t heir legendary residency at Kings Cross hotspot Moulin Rouge. Their debut In The Junkyard EP dropped on Vicious in early 2007, and later that year, with Kidron on the mic, a little anthem called Don’t Hold Back took hold of festival dancefloors Australia and eventually the ARIA Singles Charts, peaking at #5. That double platinum seller was the first taste of their 2008 self- titled debut album, which they followed up with Destination Now in May 2011, preceded by platinum- selling single Hello.Their list of live performance credits speaks for itself – headline tours across Australia; festival slots for Stereosonic and Future Music Festival (among many more); and showcase sets at the Australian Grand Prix, NRL Footy Show finale, A-League Football Grand Final, an Australian Idol finale on the Sydney Opera House steps, and the Galaxy vs Jets game starring David Beckham in Newcastle. Ibiza also came calling in August 2011, with the band performing at Amnesia Nightclub for MTV UK at the I Want My MTV Ibiza shows alongside Snoop Dogg, Mark Ronson and Robyn.Chances are that Goode, Sonic and Kidron will be spending a great deal more time in Ibiza and beyond as their 2013 arsenal of tunes begins to roll out. Wherever they are, says Kidron, their mission remains the same: “To make really exciting and profound music for a generation to be able to sing.”