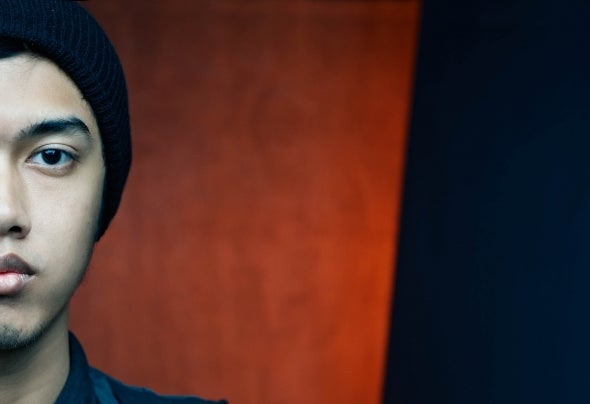 If Nasi Goreng, the mash up of rice, egg and vegetables is Indonesia’s national food dish then DJ and producer Angger Dimas represents Indonesia’s national music dish with his mash up of chopped beats and pumping synths that are topped off with some Dutch inspired spicy sounds!Hailing from Jakarta, Angger has been playing guitar since the age of 7 and began his journey into dance music after launching his DJ career just 4 short years ago. Signed to Australia’s mighty Vicious Recordings in early 2009, Angger spent the rest of the year tuning his craft and making quite an impact in the process! His debut release “Duck Army” was played by the likes of Tocadisco, Joachim Garraud and Laidback Luke, just to name a few - it’s tuff and bleepy, but still a jacking sound showcasing the Angger Dimas production and DJ feel. Following this release he teamed up with Vandalism and enjoyed massive international support on his collaboration release "She Got It". Added to the Australian 2010 Ministry Of Sound Annual CD, this track was also dropped by Sebastien Ingrosso as his opening track at the famed “Sensation” event for 20,000 New Years Eve fans in Melbourne & regularly features in the playlists of David Guetta, Chuckie, Armand Van Helden, Laidback Luke and even Axwell.Angger’s remix of “I Like That” by Richard Vission & Static Revenger went Top20 in the UK’s Cool Cuts Club Chart, #1 ARIA Dance Chart in Australia and continued his tradition of turning out pumping remixes for the likes of Ian Carey (3BEAT UK), Oliver Twizt (Spinnin, Netherlands), Kaskade (Ultra, US), Mind Electric (Vicious), Freemasons (LOADED UK), Javi Mula (BLANCO Y NEGRO, Spain), Tommie Sunshine (ULTRA US, Sgt Slick (Vicious) and personal requests from Kaskade to remix his smash “All You” and new album track “Fire In Your New Shoes”.Angger’s “Fight Club”, “Plastik” & “Are You Ready” were smashed internationally by dj’s all over the world, paving the way for new collaborative efforts with Tiesto, Tommy Trash, Neon Stereo, Digital LAB and many more.Angger hit Australia & New Zealand in February 2010 on DJ tour with Avicii after constantly rocking the best parties & clubs in Indonesia for the past 3 years. His pumping performances were received with rave reviews and clubber-demand for a larger Australian tour in November 2010. Laidback Luke personally requested Angger to support his 2011 Australian Tour with Oliver Twizt and Vandalism. Angger has constantly been rocking the best parties & clubs throughout Asia, was booked to perform at the world’s biggest festivals Tomorrowland, Belgium and at Insomniac’s Nocturnal Wonderland, USAhttp://soundcloud.com/anggerdimaswww.youtube.com/anggerdimastvwww.twitter.com/anggerdimaswww.myspace.com/anggerdimaswww.beatport.com/artist/angger+dimasFor DJ Bookings and release information contact Vicious Recordings via lorne@vicious.com.au