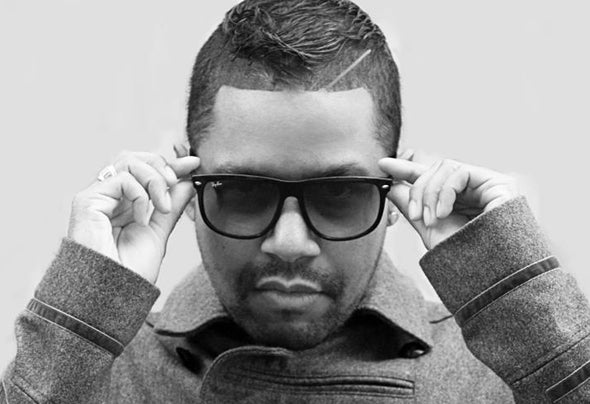 Feel the fire burning, hear the love calling, can you feel it in the air? As a producer and an artist Rudy walks a bold tightrope between producing music and mesmerising crowds all over the world with his voice and charisma. His insight into music gives him the innate ability to harness what he is seeing and hearing, and create something that is unique, ahead of the game andexcitingly dynamic.Rudy grew up writing and playing music in Melbourne’s south eastern suburbs in his cousin’s band. He bought his first keyboard as soon as he could afford it and hasn't looked back. “I have always loved making music and was always finding new ways to record and create even as a kid. I remember sitting at home when I was about 11 years old with an old-school cassette recorder; I sang one vocal part, recorded it and then I worked out that If I held down the record button only half way I could actually record over the top of the track. A few minutes later I had produced my own harmonies. Soon enough my tape deck and I were producing complete tracks.”It is exactly this experimental talent that makes Rudy who he is today: the voice of some of the world’s biggest dance hits. Rudy has made a name for him- self by igniting the international scene, playing at some of the most famous clubs in the world with some of the biggest names in the industry. This year has seen Rudy propel even further with the UK chart topping hit ‘In theAir’ and more recently teaming up with Dirty South for "Phazing", which hit number one on the Australian Aria Club Chart. His songs have also made it to the silver screen, appearing in Prime, Sydney White and The Wog Boy 2. As one of Melbourne's best kept secrets, Rudy should be one of the most well known faces in the Australian music industry, but it is this humble yet calculatedtake on the industry that has got him where he is today. His voice has certainly carried across the country and around the globe.Rudy’s growing collection of Platinum plaques and ASCAP awards solidify his outstanding song writing and production skills. Teaming up with the now late, great Stephen ‘Static/Major’ Garrett to co - produce Pretty Ricky's platinum US Billboard smash hit "On the Hotline" Rudy is also the voice behind "Let it Go" (Dirty South) "Open your heart" (Dirty South & Axwell) "Been a long time" (TV Rock) and "In the Air" (TV Rock).With such high accolades in Australia, Rudy recently spread his wings to Ibiza, the US, Beirut, Dubai, Europe and the Caribbean where he featured on BBC Radio 1 and sang for 20 million people alongside Dirty South. “House music is really built on the club scene and I performed at some of the world’s most famous clubs. The crowd’s reaction to our music really amazed me and was something I will never forget. The fact that I was miles away from home, and they not only recognised, but actually chanted along to my songs really blew me away”In 2010, Rudy performed live with the Swedish House Mafia at Pacha, Ibiza, on one of the biggest nights on the party island. With more songs in the pipeline, 2011 is shaping up to be his biggest year yet. Rudy is once again teaming up with Dirty South and has plenty more projects on the way. “I want to show that I’m not just a dance vocalist, it’s only a small part of what I do. I think what’s coming up in the next year will really showcase this... music that is timeless. I love being involved from start to finish; writing, producing and performing songs that mean something to me and I can’t wait to show the world what we have in store for them. This is only the beginning.”