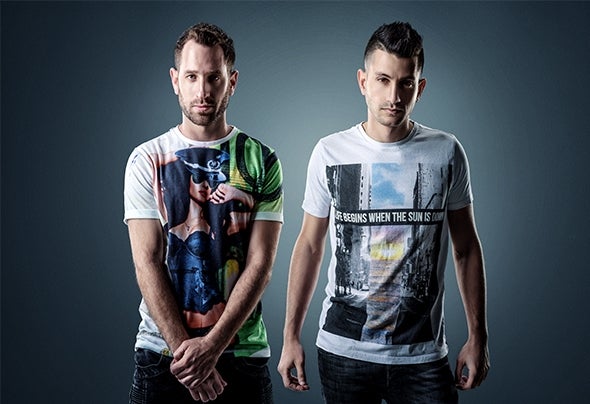 Karmatek - A EDM duo from Tel-Aviv Israel composed of DJ'S and Producers Elkana Paz and Omer Inbar who started gain powers and working together since 2012 as a trio called E.K.O.The trio met during 2010 in the well known festival "Dance Valley" in Amsterdam and since than the friendship began and the next step was the birth of the project.The personal chemistry between the the trio started decreasing.Thus, it was Elkana & Omer who focused more and more on music, while the other producer started having other priorities.Shortly after, they mutually agreed on ending their collaboration as a trio and decided that Elkana & Omer would continue with the Karmatek label.As E.K.O they signed in 2013 2 EP's.The first called "Shoot, Dont Talk" and second called "Dropping Beats", and an official remix for "Alex Armes" and 1 collaboration with the israeli singer Maya Maman.Both EP's, remix and collab with Maya were signed in the dallas texas based label called "Audiophile Live".In november 2013 they signed a collaboration with John Dish called 'Pannda' on the well known label Cr2 Records that gain support from David Guetta, Hardwell, Nari & Milani, MYNC, HIIO and many more.In 2014 as Karmatek, the dou signed an official remix for TV Rock & Walden - 'See Me Run' in the well known Australien label Neon Records and an original track with the american dj & producer Ale Mora called 'Rollin' on Mixmash Records (OTW).Karmatek's main goal is creating a unique progressive sounds covered by emotional melodys and Big-Room drops that makes the crowd want to throw their hand in the air.The duo performing in israel in all the biggest and well known clubs and their tracks are supported by many local and worldwide DJ's and requested by many clubbers and fans.