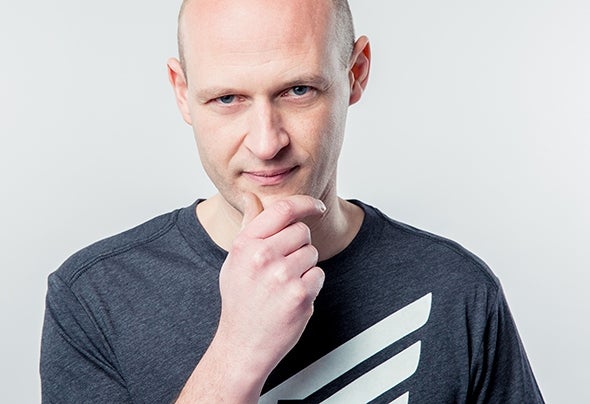 Whether they’re tearing up the clubs with their pounding DJ sets or their massive productions, this electrifying duo has already proven that they are ready to join the EDM elite. With performances all over Europe and headlining several of the biggest festivals out there, ilektrify knows how to entertain the mass crowds.Q-ic aka Luc Byltiauw, involved with music since the mid 90’s, already smashed the charts worldwide with his top notch productions on renowned labels such as Universal Music, News & Fly House Records. In the last 12 years Q-ic claimed his place between the elite in the harddance scene and his unique innovating sound became his trademark. Q- ic co-produced artists such as Coone, DJ Bam Bam & CJ Bolland to name a few, and he appeared on more than 600 compilations in 5 years which is good for over 11 million sold CD’s .Victor Krank aka Bram Vereecken had his ears fixed on the pounding beats of house music since his teenage years. Exploring and experimenting with music, he’d soon develop his own style and sound for his productions. Victor Krank would soon release his tracks on some of the biggest labels, which made him perform at major clubs and events.The list of guest performances is enormous, but with their alter egos this duo ilektrified festivals such as Tomorrowland, Nature One, Love Parade, I Love Techno, Summerfestival, Laundry Day, Defqon 1, In Qontrol and many many more...Despite their success, both artists felt the urge to return to the house scene and so they joined forces.For years, they put their effort in perfecting their sound, turning the ideas into highlight moments and massive drops that put the dance floors on fire.Behind the decks, ilektrify never fails to deliver. Their exceptional skills and open-minded approach make them stand out. Those meeting them on the dance floor can expect one big tasty ride of their own slammin’ productions, bootlegs, mash-ups & live edits, all brought to you with the smile of one of EDM’s talents on the rise!