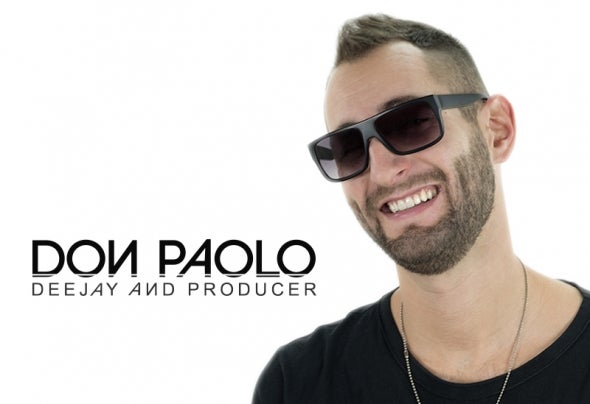 Don Paolo: the signature on a story yet to be written, but already full of successes. A fast, intense stroke, which leaves its mark. Like the tip of a pen that marks the paper and leaves its ink, so his music breaks into the scene and reverbs in the memory of a night. His passion ignites in 2004, following the Albertino’s Deejay Time and participating to some parties on Sunday afternoon. After some early experiences in private parties, he moved his rst steps in the main clubs of the province of Cuneo. In 2010 he joins the world of travel-event for young people, marked VGMania: it’s the consecration! After many years of work he is chosen for his musical knowledge as o cial dj in the Italian Tour Dates, and for some of the most important European events organized by the agency abroad. Don Paolo performed in some of the most iconic clubs of the Northern Italy, and prestigious European festivals and clubs like Noa Beach Club (Zrcè, Croatia), Montecristo (Corfù, Greece), Shoko (Barcelona, Spain), Colossos (Lloret de mar, Spain). Snowbreak (Turin, Italy), Spring Break Invasion (Umag, Croatia) and many more. Since 2015 he also started producing his own music, releasing some tracks on several Italian and European dance labels. Don Paolo stretches between different genres: his mission is to leave the mark with his signature, amaze the audience with special effects and that classy touch that never hurts.