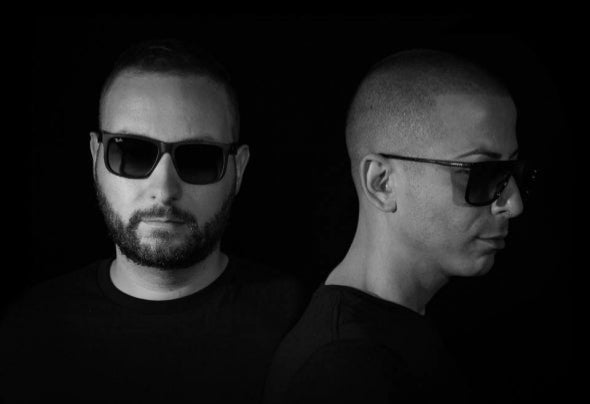 MOTVS means movement in the ancient latin language, and that's the main goal that Leonardo and Claudio want to achieve with this project: make the people move. Since their first release in 2019 the duo has emerged as one of the most promising acts in today’s techno scene. Both guys come from Rome, a city that has heavily influenced their musical backgrounds, starting from the early rave scene across the beginning of the century. Starting out as party lovers, they visited some of the most important clubs in the city, and few months later they both started djing in a small club and there has started their friendship. Since their ideas and musical tastes were in the same line, the next step was clear: make their own music... so MOTVS was born. Of course they took their time, patiently refining their skills as djs and producers, they were able to create their own style, till their productions were noticed to several labels like Autektone Codex IAMT and Reload Records, and simultaneously they started to get support from big names like Joseph Capriati, Spartaque, T78, Oliver Heldens and Nusha, just to name a few. Nowadays the MOTVS name can be seen regularly on most of the top techno charts, and this is only the begin: with tons of tracks constantly in the making, the path has been set: MOTVS is here to stay