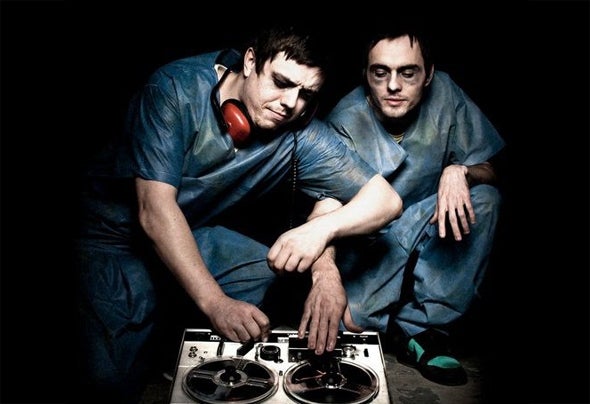 The West Midlands based duo (Leigh Whitehouse & Karl Harris) started music production back in May 2009 when a simple hobby became an obsession. With no production knowledge but the thirst to learn, the guys were thrown in the deep end when their bootlegs got the attention of several podcasts. This then changed a hobby into a career.With over 50 releases on Beatport which squeezed into 7 months from their first release back in November 2009, these guys just don't let the speakers cool down! Refusing to stick to the "genre rulebook" and defining their music as "Ecstatic House", there is never a dull moment with their mind shattering bass and their ever growing need to keep the crowd guessing. Having huge support from some big names, such as Lazy Rich, Rico Tubbs, Will Bailey, Luvstuff and having plays on Radio 1's Kissy Sell Out show, the lads are really making a dent in the music scene.What is also worth noting is that the guys released their tracks on some well established labels, such as Sick Slaughterhouse, Big Fish Recordings and Simma Records. This is one duo that will be around for a very long time!