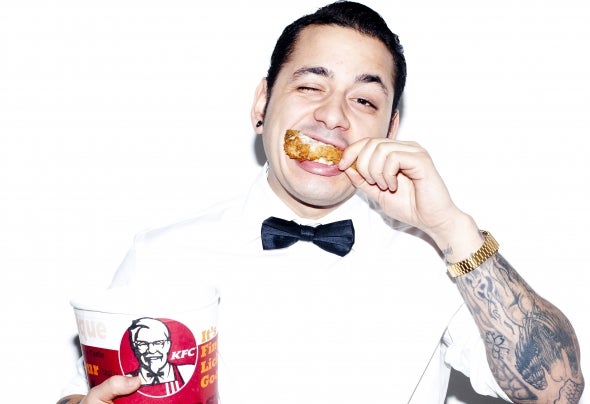 Although Raynor Bruges ( a.k.a Kleine Dondersteen (literally translated; ‘Little Thunderstone’, and in English probably better translated as; ‘Little Rascall’) never had a lack of interest in music, he started at relatively old age with DJ-ing. After a year of practicing with a Midi-controller, Raynor Bruges had built up enough confidence to spin some records in front of an audience.What followed was a list of student party’s and similar events in and around Amsterdam in venues like: the Escape Venue, Odeon, Club Stalker (Haarlem) and Blm9(Bloemendaal). Things have gone quick since then; these day’s Raynor Bruges is localy known as resident DJ at party’s TikTak, Ex Porn Star, Vunzige Deuntjes and a list of various party’s at Club Stalker.If you had to describe Raynor Bruges in one word, it would be ‘Eclectic’; his sets go from Hip-hop to House and everything in between and around, seamlessly mixed by the man himself.Beside the club scene, Raynor Bruges managed to build up quite a name for himself online. Momentarily he’s working together with the ‘Dirty House Style’ channel on Youtube. A collaboration that delivered their podcasts at least a top 100 position on the iTunes Podcastlist on every release, with a nr. 4 notation as ‘cherry on the pie’. This series still hits an average of 300.000 downloads monthly!All together it hasn’t been quiet around Raynor Bruges and the future looks promising, considering the successful partnerships he’s engaged in and that are still to come.