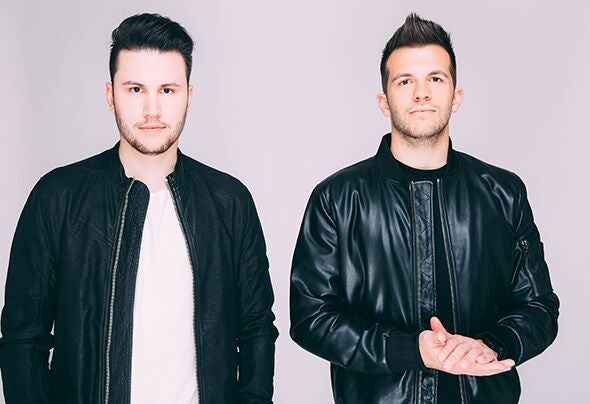 The Dirty Ducks project was born in 2011 from two guys from Modena, Italy. Alex Ratti and Federico Gualdi, always united by their passion for Djing and music production, started working together on their first tracks that have been noticed by a lot of important dj/producers. One of their first singles, released by the famous italian label Time Records, "Titan", was played live for the first time by Michael Calfan at his first appearance on the Tomorrowland main stage. In the meantime they improved their production and dj skills, playing in some of the most famous italian clubs. Dynamic and energetic dj sets, ranging between different musical genres maintaining coherence and actuality. Their ambition made them sharestages with famous artists like Dvbbs, Dannic, Tony Romera, Firebeatz, Deorro, Promiseland, VINAI, Merk & Kremont and many others.In 2014, they were chosen to remix the iconic track "Space" by Micha Moor: the track was released on Scream and Shout, and gained a lot of supports and positive feedbacks. In the following years they gained more and more attention in the EDM world. In 2015 they release an "unofficial" remix of Major Lazer's hit "Lean On" teaming up with italian djs/producers Merk & Kremont. It will become shortly one of the most liked remixes out there, played and supported by Diplo himself.Tracks like "Apache" and "Le Swing" were appreciated for their fresh style, and played worldwide by artists like Steve Angello, Martin Garrix, Hardwell, David Guetta, Nicky Romero, Blasterjaxx, W&W just to name a few.