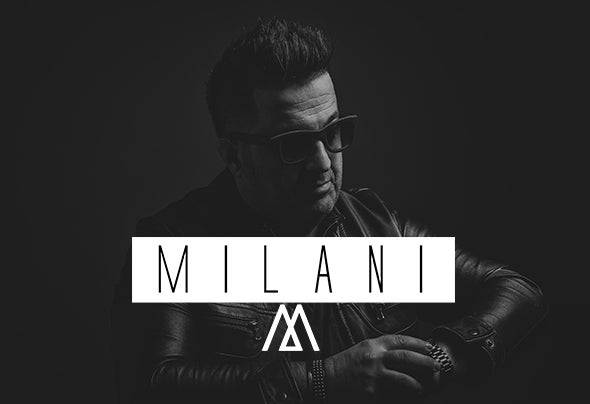 Ronnie Milani began his artistic career in 1996. Since then he has always been atthe forefront of the world dance scene, producing classics like “Sunshine & Happiness”, “Gnor”, “Gnuk” using several aliases including Nerio’s Dubwork, Unconditional and finally launching the Nari & Milani project in 2003.Over the past 20 years he has launched many productions that have achieved extraordinary results, such as “Atom”, track that has completely changed the recordmarket, becoming a legendary production, Blat Beat Go!He has performed in almost the major clubs and festivals in the world such as Tomorrowland and Ultra Music Festival, has climbed the international sales charts,has collaborated with artists such as Axwell, Steve Angello, Bob Sinclair, Tiesto, Roger Sanchez, Icona Pop, Robbie Rivera and has released his productions on labels of the likes of Size Records, Spinnin, Ultra, Armada, Ministry of Sound, Musical Freedom, Flamingo.After many years of intense and fruitful artistic career, in 2017 Ronnie decides thetime has come to undertake new challenges, that’s why he leaves the Nari & Milaniproject to start a new musical journey.