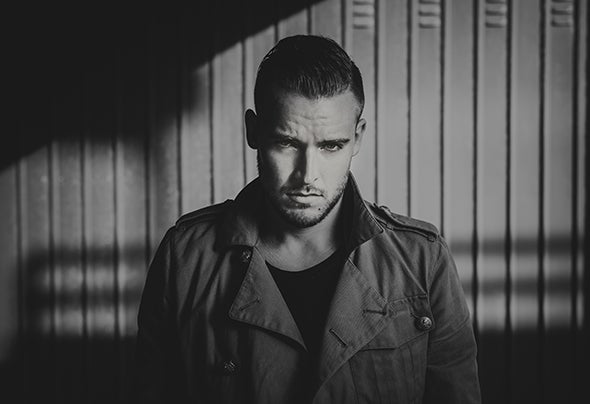 Emanuele Antimi is attracted by music since he was a child. When he was 5 yearsold he began the study of the violin and later even of the classical guitar. After yearsof deep study Emanuele starts to perform as a soloist in some concerts until he obtains the classical guitar diploma at the prestigious Stajano musical academy inMilan. After his musical training Emanuele is fascinated by dance music and the figure of the disc jockey so he begins the study of this art.In a short time he gets the first engagement in a well-known club in Alessandria’sprovince, the “Luna rossa”. From that moment he understood that he had found hisartistic and professional dimension. Subsequently Emanuele will perform in severalclubs of his region. After so much effort in the clubs activity Emanuele also begins anew artistic journey in a recording studio to produce his own music.Soon an important milestone is achieved: his first production, Disco Funky, is published on Dance & Love, the Gabry Ponte’s label, receiving various support bydifferent Italian radios.Given the good commercial results of this release, Gabry Ponte allows Emanuele to publish a new production, Are you ready, which will bring new acclaim. These successes allowed Emanuele to perform in more and moreItalian clubs and grow professionally as a producer.In summertime 2016 he managed to collaborate with one of the best 5 italian Djs and producers, Stefano Pain. The track produced, entitled “Pump”, will be published by one of the most prestigious labels in the world, Blanco y Negro, receiving not only Italian but also international acclaim.All these results bring more and more motivations and Emanuele