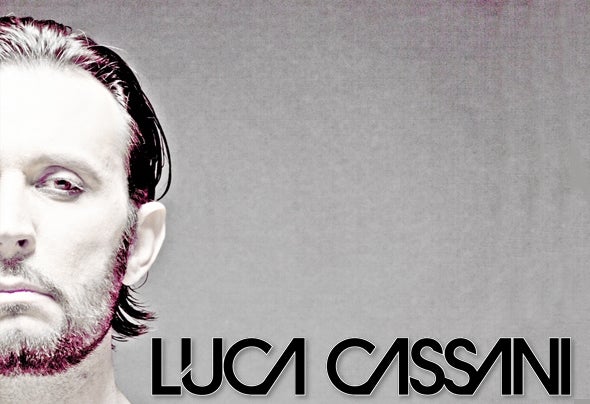 One of the most refined and sought after Italian house DJ's and producers, this is the merit of a long and incomparable musical culture that has seen Luca glide through a very important 28 year career making him one of the most admired and accomplished remixers on the planet according to such icons as MARC CERRONE and LAURA PAUSINI. He has worked with some of the strongest labels on the worldwide scene such as DEFECTED and PURPLE MUSIC and continues to have releases on an ever growing list of international top labels. For Laura Pausini he remixed 'If That's Love' and in particular 'Escucia Atento' that in 2006 won a Grammy Award. With Cerrone the collaboration has been moving forward for many years now such as the 'Best Of Mixes Vol. 3' demonstrates where we see Luca siding up to such main players as Danny Tenaglia, David Morales, Jamie Lewis, Armand Van Helden and Joey Negro. Other remixes in his portfolio include those for BARRY WHITE, GIORGIO MORODER, SANDY RIVERA, JOCELYN BROWN, CE CE ROGERS and AZZETTO Feat. ROBIN S. For Defected he produced, for the 'GOA 09'' compilation, the instrumental version of LUCA CASSANI 'I JUST...' that will be followed up by the complete single release containing vocal versions and remixes,and remixed,apart from the classic Sandy Rivera “I CAN’T ST OP”, the HAVANA FUNK’s “ALL ABOUT YOU”, whilst on Purple Music he has remixed, amongst others, one of the biggest tunes of 2008, Alfred Azzetto 'COLORS' and is currently enjoying big success with the instrumental version of LUCA CASSANI Pres. AMORHOUSE & Mr. B. Luca has also recently selected the 'My Boyfriend Is Out Of Town' Vol.2 and Vol.3 compilation for Purple Music together with Alfred Azzetto. His productions have been numerous and have included such big international club hits as 'BRING IT DOWN' by SIMPSON TUNE Feat. JENNY B. which was also remixed by BORIS DLUGOSH. The latest in the line up is the release Luca Cassani Feat. Janet Grey 'THE REVOLUTION' which is also the first release on Luca's own new label CASTING COUCH Records – a track that has already featured on the Bob Sinclar Radio Show for two weeks in a row!Also on Casting Couch records Luca Cassani and True Beat 'SAFE FROM HARM' , Luca Cassani Feat. Max C 'INTO THE LIGHT', Max who has had precedent collaborations with such names as David Guetta and Axwell and “RRROCK IT!” , also remixed by ABEL RAMOS. His DJ career has seen him resident at the best clubs all over Italy, He has played (and continues to play) in iconic venues such as PINETA in Milano Marittima, SALI &TABACCHI in Reggio Emilia,Qi CLUBBING in Rovato, TENAX in Florence,GUENDALINA in S:Cesarea, ECHOES in Misano Adriatico, THE CLUB in MILAN,NIKKI BEACH in Miami, LE PALAIS in Cannes, CLUB HOME in Amsterdam,IMMIGRANT and STADIUM in Jakarta (Indonesia),LAGARS in Braga,NB in Viseu and Coimbra (Portugal), PLATINIUM in Warsaw, VANILLA CLUB ONE , WKND and DUO CLUB in Switzerland, PARADISO in Rimini, PASCIA', BYBLOS, PRINCE and PET ER PAN in Riccione, NAFOURA in Castellaneta, LA LAMPARA CLUB in Trani, RIOBO in Gallipoli, DIVINAE FOLLIE Bisceglie, CICLOPE in Palinuro... the list goes on... For the Pineta Club in Milano Marittima he has also selected and mixed the compilations Elite' , Pineta Winter 2010,and PINETA by VISIONNAIRE 2011. Luca Cassani has no doubts: house music is that which brings him the most emotions but outside of the club world he likes to keep himself updated by listening to any musical genre. To the question 'Why did you decide to play house music?' Luca simply answered that a DJ has to play that which he feels and enjoys the mos t. Als o, he adds , every DJ should concentrate on the technical side of his sets, something that he has always tried to do to his best effort.