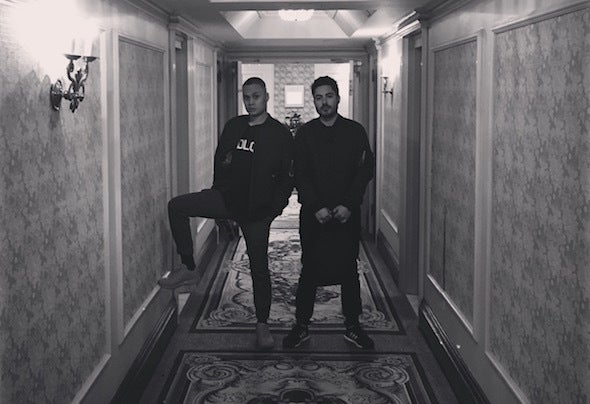 RYME (pronounced "rīm") is a collaboration project by producer/DJ's Rynecologist & Meech. They met on November 26, 2006 at The 1st "official" MSTRKRFT show in their hometown Toronto, Canada. Rynecologist, who at the time sported a Nintendo Power Glove, was more than happy to share the 40oz of Rum he had with the ecstatic, plaid-wearing Meech, both enthused in what they knew would be a growing genre of music. Their friendship grew along with the popularity of the scene, the "Electronic Dance Music" scene, which grew from loft/basement parties with great musical selection to mainstream venues and festivals of which they have both participated both in North America and overseas. What brought this duo together was their wide range of taste in music and movies, which led to party and production collaborations. Their love for old school Chicago House, Detroit Techno and Baltimore Club led the way in inspiration for their production; An homage to a music scene which was underground, simple and real, which is what they want to bring to today's EDM world.