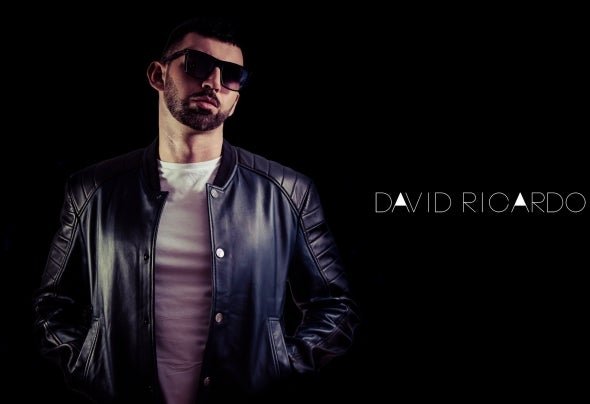 A unique life journey brought the Italian DJ/ Producer DAVID RICARDO to reside in UK. Moving countries has had an immense impact on his career, as well as allowing him to greatly increase his producing and performing skills. His vision musically and David’s networks are abundant with new and exciting ideas and sounds. Originally grown as pianist in the region of Perugia Italy, he decided to move into electronic music production inuenced by his love for the underground music environment. A meeting which inuenced David in 2012 with the head of today's CIRCOLOCO and DC10, is what has inspired him to become the artist he is today. David has begun to build a name for himself from one of his rst ever production back in 2016 on CUFF Record Label, securing himself following collaborations with the ABODE resident JIMMY SWITCH, signing on KRAFTED DIGITAL the tracks that have made David being recognized worldwide : 'Futura' played by Mark Knight on Toolroom Radio EP 389 and 'Micron City' played by Richie Hawtin x ENTER at the Gashouder, lmed by Be-At TV back in 2017. With his rst releases secured on both TOOLROOM and ABODE which have already received support from some of the heavy weights in the scene. He followed this success with a prestigious release on the No. 1 Miami compilation series in the world by CR2 Records. The collaboration Ep 'TONITE' with the LA Producer Redux Saints, ensured David the #8 placement on the TOP TEN Tech House Chart on Beatport in June '19. And with his forthcoming releases receiving support from Chemical Brothers, Claptone, DAVID GUETTA, Mambo Brothers, Mark Knight, Roger Sanchez, and others. There is no question that David is one to watch this year to see how this talent evolves. FOLLOW DAVID RICARDO ON https://linktr.ee/david_ricardo_ocia