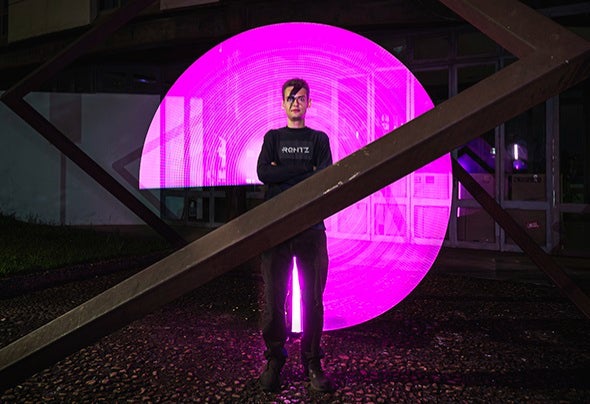 Ruy Quintiliano a.k.a RQntz is a young and talented Brazilian electronic music producer with over 40 million streams combined on the streaming platforms and supported by big acts such as Lady Gaga, BloodPop®, KSHMR, Fedde Le Grand, TUJAMO, Swanky Tunes, Dubdogz, among others international super stars. In a short time of his career, Ruy Quintiliano a.k.a RQntz (Requintes) definitely conquered his space. His songs, ranging from Dance to Deep, Future, Bass and Tech House, have a unique sound design and have been released by major labels such as Sony Music, Universal Music, Cr2 Records, Lithuania HQ, REVEN BEATS, to name a few... The rising sensation act from Curitiba, Brazil, has two tracks in collaboration with Dubdogz, including an official remix of the Brazilian famous pop band Skank (Ainda Gosto Dela Remix), and also an official remix for the Brazilian electronic anthem "She Knows" by Elekfantz. A constant figure in the best clubs and events in Brazil, RQntz is the resident Dj of Planeta Brasil Festival, one of the biggest festivals in South America. RQNTZ is certainly a name to watch out this year and to keep an eye on!