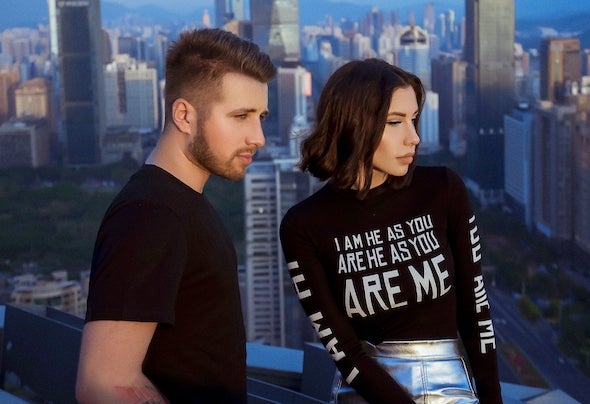 39 Kingdom - EDM live project from Eastern Europe, having released music on world renowned labels such as Armada music, Revealed Recordings, Sirup, Kontor records and many others. What makes 39 Kingdom special is that they use an array of instruments (electric guitar, drums and vocals) not only for recordings but also their live shows. 39 Kingdom has performed live shows globally from Europe to many parts of Asia, and has shared the stage with artists like DJ Snake, Don Diablo, Steve Aoki, Alan Walker, Axwell & Ingrosso, Armin Van Buuren, R3hab, Vini Vici, Salvatore Ganacci and many more. In 2018 they made a breakthrough into one of the best EDM labels - Armada Music (ShowLand), with debut single “ALIVE”, together with JuicyTrax ft. Danyka Nadeau. The song was widely supported by radio shows from Top 100 DJs such as Swanky Tunes. In March 2018 they signed a new big room single “CALL” on another Top EDM label - Revealed Recordings, founded by Top 100 DJ - Hardwell, track was supported by Hardwell, Ummet Ozcan and many more. In November 2018 they record their new single "DON’T GIVE IT UP” with TOP 100 DJ #63 & #99 - @carlnunes ( according to DJ MAG ) song was released on the legendary msuic label SIRUP( Avicci, Nicky Romero, Nervo, EDX etc.)