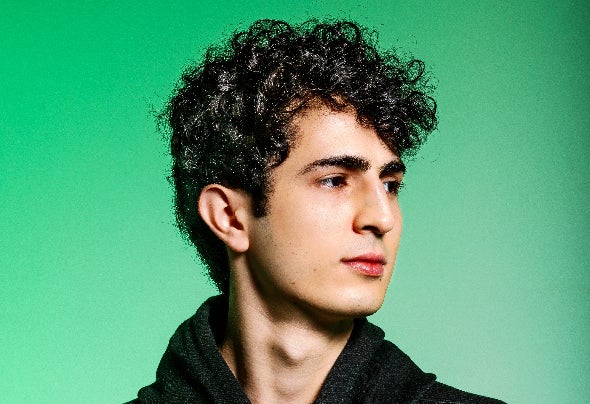 CEVITH is one of the 100th most listened DJ/producers on Spotify Brazil, having reached over 20 million streams on the platform and released singles on the biggest recording labels in the world such as Sony Music and Universal Music. Being born on the tiny little town of Monte Santo de Minas (20,000 inhabitants), Bruno Cevithereza was brought up there until he was 17 years old. Right after he asked his parents to take a course at Berklee College of Music in Boston – MA, where he got his essential formation as a musician. Bruno has played the guitar since age 13 and has produced electronic music as CEVITH for 4 years. His tracks stand out due to the great musicality and the constant presence of the guitar. Since it is his childhood instrument, there is a lot of feeling on his guitar interventions, which have been recognized as his trademark for both the critics and fans. Today, being only 24 years old, CEVITH has already shared the stage with artists like Vintage Culture, KVSH, Illusionize, Victor Lou, Devochka, Vini Vici among others. During the pandemics he has played at lives of the best party labels in Brazil such as Só Track Boa, Sonzeira Radio Show, TikTok Festival and one very peculiar 24 hour live from his own bedroom. 2021 brought him a nice surprise when he noticed that his track in a collab with Ownboss, They Speak, had gone viral at Instagram Reels, and TikTok, being used for loads of people (including FC Bayern Munich) as a soundtrack for their posts in these social media networks. Please follow CEVITH on Instagram and Spotify to be always updated about news from the artist. Furthermore, you can also follow his CEVITHouse playlist on Spotify (over 20K followers) to always be updated with good music.