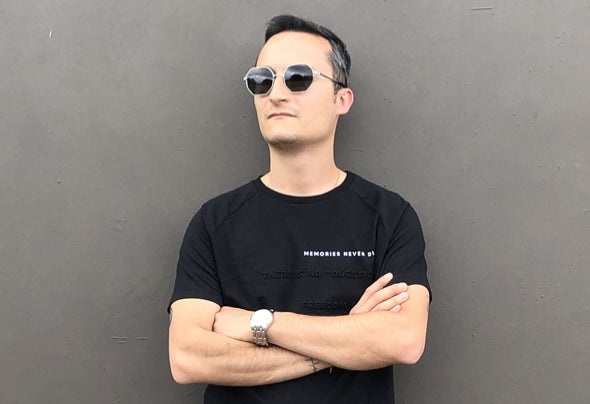 Alessio’s new signature sound is unconventional and it’s full of emotions and sensations. His feelings become melodic, evocative and nostalgic sounds which takes you on a journey inbetween reality and imagination. Simple but hypnotic rhythmics together with intense and melancolic synth give life to an effective and identified groove. Although it might seem he is new to the scene, his passion and dedication to music is timeless. He started producing 7 years ago, experiencing various sonorities to finally find his own definitive identity.Thanks to his ispiration and to his strength of will, Alessio has become affirmed and established in the melodic techno music scene by receiving the support of artists such as Fideles, Agents of Time, Dizharmonia, Sarcasmo, Cattaree, Fat Cosmoe, Oibaf and Wallen, Wurtz, Iberian Muse, Eleven of July and many more. Alessio Pennati started his project in 2015 but the very big change has been in 2019 when he decided to explore the more melodic part of techno. His very first release of change came on Amazing Records, label of his friends "Many Reason" in 2020 with his EP “Sense Of Rebirth”. He have already releases in huge labels like Androgyne Audio, Awen Records, Melodic Room, Sequence Music, Arkhamra, Techno Tehran Records, Uxoa Dutxa Elite, Wout Records, Acid Mind Rec and soon big news of new release on great label. Subsequently, with the release on Androgyne Audio, label of Dizharmonia, reaching number 83 and 93 in the Hype Top 100 Melodic House and Techno with your tracks “Synergy Wave” and “Mystical Way”. The last track was played by Fideles at Sanctus in Mykonos in september 2020. Important collaborations for this ep were the remix of his friend Wurtz and Iberian muse.