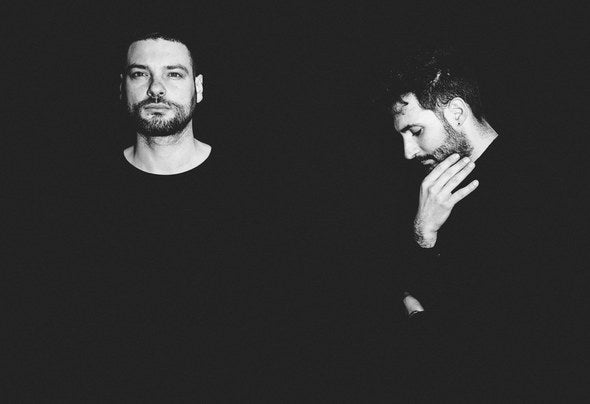 The project AquAdro, was born in Benevento (Italy), since January 2007. The duo is formed by Andrea Del Grosso and Antonio Castaldi, in fact the first letter of their respective first names makes the acronym AquAdro. Music fans from childhood, they gets well soon note of special thanks dj set ranging in genre Progressive House. Participants suffered from a large evening events and top of their city and province, immediately receiving a very good result from the public on the track, thanks to their ability to know how to drag. Their career was influenced by the great progressive era 2000 and by big artists like Hernan Cattaneo, Deep Dish, Satoshi Tomiie, Moshic etc... Their constant music research never ends their music choice is the sum of personal good taste in the music world. In 2009 begins their work of producers, immediately recognized their talent, are approached by many labels indeed now they are working on many other production and remixes for some like Mistique, Sudam, Bonzai, Old Sql, Stellar Fountain and more hoping to play their music in many other clubs all the world and have fun. Meantime you can listen their finesse progressive in many guest set and especially in our show “UTOPIA” on Progressive.Beats Radio. AquAdro also in 2013 start a record label “Revelation Records”, try to propose ever a quality sound in collaboration also with many other artists.