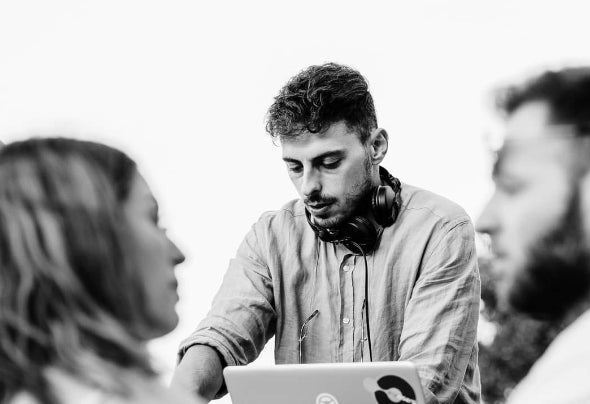 Theodoros Katsigiannis is the man behind Freemann; born and raised in Greece and based in Italy. As a DJ emerging in early 2013, starting play his music to local venues & festivals in Italy like RedBull’s ‘Silent Party’. Later, Freemann has peaked the attention of some of the biggest venues on the East Coast of Italy, more specifically the legendary Cocoricò, Villa Delle Rose, Peter Pan, Narciso and abroad like Viva (Ibiza), Gigalum (London), Café 1001 (London), Temple (Athens) and has performed beside Andrea Arcangeli (Anarcrusan/Armonica), Alingment, Ricky Montanari. Besides that, Freemann has established a great reputation as a Radio Producer part of eXtreme Radio (GR) and Hit FM (GR) and the founder of his Freiheit Radio Show which air plays on some of the most well known Ibiza’s FM, Pure Radio Ibiza and other radio stations around Europe. As a producer, drawing on his lifelong influences of a variety of electronic music, Freemann starts to give life to his music ideas. In 2017, he made his debut on Neuhain Rec (Berlin) with his Bandoleer Love Bullet EP, supported by giant producers like Alberto Ruiz in 2019, has impressed D-Formation’s mighty Beatfreak Recordings with his ‘Es Vedra Release’ which charted No67 on Beatport’s Top100 of Melodic House and Techno Chart for over two weeks and has been commended and supported by the top artists of the electronic music industry such as, Solomun, Ae:ther, Paul Anthonee, Fideles, Kevin De Vries, Musumeci, Blancah, JOBE, D-Formation. Also his latest collaboration track with NY based Amiti called " Monica " , released via Three Hand Records was on No33 of Top100 Melodic Techno Chart on Beatport for over two weeks ; He has plenty of upcoming collabs and personal releases for 2020 and promises to share his music further than ever.