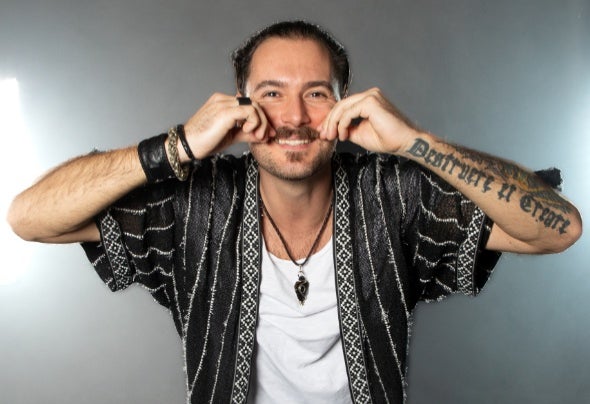 To play an magical set in front of an big crowd, was one of the things Frederic had scheduled for himself in the early times in his career. From the point of now, he can look back on serveral playtimes in awesome venues from Berlin to Munich. But it is not only the venue and the gear what make an night with him very special, the important thing for him is, to catch the vibe of the crowd after the first minutes to adjust the music to get them into an ecstasy till the end of his set, what you can feel the next day, too. Since the idea and first steps of the Dj- Projekt „Frederic Stunkel“ was born on an private afterhour, he starts to find the rigth setup to transport his music style. That could be divine somewhere between influences from Ibiza to Berlin, with an not to short break in the underground techno sound from Frankfurt. Highly inspirated from a lot of Artists, by finding his own style, he worked out a few of interesting releases, for well knowed label ́s like Trapez, Advanced & Italo Business. Frederic ́s work get the respect from no one other then the pioneer of the modern techno scene, Richie Hawtin, who had used some unreleased material from him, for the presentation of his new setup with the Play Differently Model1 Mixer. Another milestone for him was to getting remixed by the highly frequented Minus Artist Carlo Ruetz and the Italian Techno heavyweigth Piatto, founder of Italo Business. Between a lot of gigs around Germany with an debut in Berlin ́s Suicide Circus, an huge celebration at the Zuckerbrot & Peitsche Festival in Regensburg, he is getting very creative in the studio and pushed his analog gear to annother level and had the chance to remix the brazilian techno icon Click Box, what has shown us how versatile he is in the genre.Especially never to be on the same point, is what accompanies him from the beginning in his DJ career, constant improvements and changes of his performance are the demands on himself.