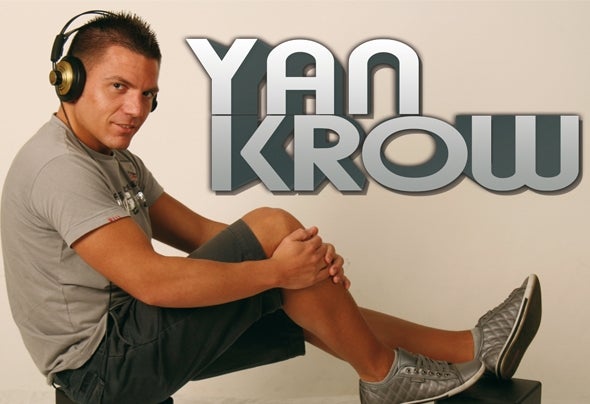 YAN KROW, since 2005, professionally engaged in music, is one of the young promises of Spain that grows with new goals constantly, today is increasing their technical and professional to a very important. Currently have their regular public meetings, giving you the opportunity to not stop working in the best clubs in the cities and most importantly, to be constantly updated with the dance floor and of course the dancing in public them. Their current residences are MOKAI & JOY DISCO CLUB & PACHAThroughout his career he has shared the stage with important artists both nationally and internationally.His work has been delivered to almost the entire country.He currently directs and produces his own radio show "ELECTRONIC SOUND RADIO SHOW" in the most important radio stations in the country by LOCA FM broadcasts, Top 40 Principales, and pages of music worldwide as World of House.Also have played his sets in maxima fm with artists like Roger Sanchez, Carl Cox, Dani Moreno, Luis Lopez,....He also began as a producer in 2008 releasing their music productions to the market in the most important pages of music sales, Beatport, Itunes, Traxsource, Juno, and many more.Director of Electronic Sound Records, the label that also included the most important portals selling musical all of the above included.