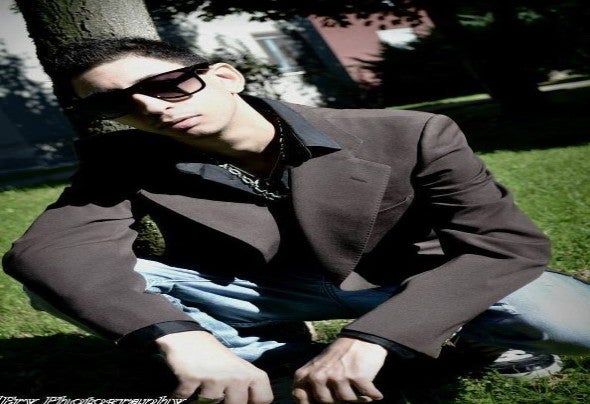 Yuri Marchesi better known in (Deejay Memory), was born in Milan (03/02/1988), start listening to the pieces of his father (electronics) and listen to dance music even 80 years', 90, and brought him into the world of music. At the age of 13 he started making music with the first simple programs starting from (fruit loops), making bases Dance and Hip Hop, as they became more skilled loaded there (Reason) a latest program, more beautiful and with that did the same thing but putting in other music styles on (TECHNO, HOUSE, Electronics and Mixing music of any kind even years 70,80,90 which is now using SONAR X1 PRODUCER (X64), Yuri has started to make his first evenings as Dj Set aperitif in the festivities of his country to be known in the music world as DJ (disc jockey) in 2008 until in 2009 he began to make his first CD and was also called to be a dj at Cassina with RADIO NSJ to which people loved and in the end the boys and girls also wanted autographs with photos, then worked in partying turned PRIVATE.Also in 2009 he started to make his first texts also unreleased hip-hop and in 2010 made a collaboration with Enzo that makes the radio and DJs in Naples, Enzomix Vee Jay and Olly Vincent doing the piece (Merry Christmas), and soon after another EXIT disco dance with Enzomix which was called (TOUCH ME) that was the most requested. Later that year he worked with various children, which also participated NASTY (David Rera) a guy that makes Cuneo Rap, and I also met a girl dj Katia Negri (pink lady deejay and Alfonso Ciavoli) that taught them to do much more, and thanks to them, they took him up, October 3, 2010 Yuri was called by the youth center and the municipality to make the Dj Set for two consecutive times to the town square with other events and shows also doing Deejay Vocalist in Spreaker radio, broadcast on the internet. In 2011, Yuri did a little collaboration with Roberto Beretta (Roby B) a 'former lead singer of Rap Hinterland of Milan. now Yuri is working with several artists of the' Hip Hop Italian one these, TorreAimir (Salvatore Ferrara) the Memory Remains, Enzo Savino, and many others, but always also going ahead with its current music (house music, dance and the mail).In February of 2012 with Yuri collabbe Toreaimar doing a piece hip hop NOT LIE, now we are doing another song together with the video KING OF MY MUSIC Edit, you're also already working at third base, with a girl that makes pop Adele Milone .These days the DJ has become a symbol for the country is interviewed by Marta Brambilla of Busselton in the province of Milan, a young journalist from the radar with many questions and answers to which many have read.In August 2013 I worked with a Spaniard named WILLIAM FREENUN, came out with a new piece Sharon Paganotti (ESMI) with the first song is called "OVER THE SIDE OF THE GHETTO" Short many other surprises