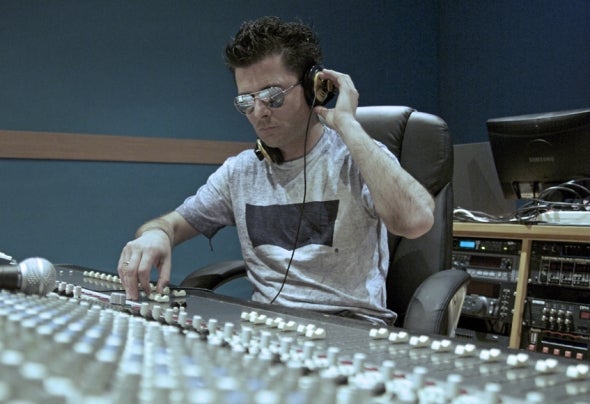 The creative universe of Davide Di Lodovico (the artist who works behind the logo DAVIDDANCE) is wide and varied, as well as his complex personality, surprising, often elusive, creative at 360 degrees. All his work "crowds out" and moves through different sounds and genres with impressive ease. On the other hand, the words from his song with his first band in the late '80 (NOHP 581), went like this: I am not a wind direction / that blows / and go / property / anywhere / nowhere. It's no wonder that his "game sound" always leads us in different worlds, to pursue "next steps" that could really go "anywhere ... nowhere ", but certainly new steps, unexpected.He was born in Pescara in 1968. In 1985 he founded the Nohp 581, one of the most original and interesting groups of Italian rock of the late '80s. In 1990 the band of 581 Nohp seems ripe for a "decisive leap," but the group also cause internal vicissitudes suddenly dissolved. A couple of years later started a new musical adventure with Liguana culminating in 1999 with the recording of a disc ever released.In 2005, behind the logo DAVIDDANCE, he started his activity like Electronic Music producer. 5 years later he started an indipendent electronic music group including 7 labels across different genres of House/Dance music and Hip Hop to release cutting- edge music that doesn't fit the norm of what most people come to expect of an Italian 'dance' indie label. The label's mission has been to bring out an eclectic and musically varied selection of music.