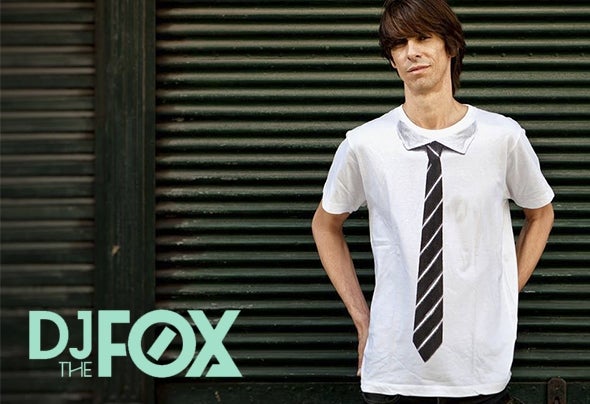 In 1987, The FOX started his djing career at the back popular radio Station “Radio 98FM”. During 1988, the invitations started flowing in a never ending cycle, claiming his presence at the greatest events. While playing for these young crowds, he also collaborated with some of the most important radio stations and parties around Lisbon. After getting his big break in 1991 at RDP (Portuguese national radio) he also co-founded ANTENA 3 radio station, where he stands as one of the main DJ'S. Being the host of PLANET E, The FOX's reputation rapidly spread throughout Portugal having as his first guest the well known French DJ Laurent Garnier, followed by many other guests and live broadcasts. The FOX made his way into productions in 1997 when he entered the music business and started his own label: Paradise records editing a double CD rated TOP 5 on the British DJ MAGAZINE's charts. In the same year The FOX left his signature in the finest Portuguese Clubs playing regularly with international top dj’s, showing his skills on at the most prestigious parties at venues like: Kremlin, Mau Mau, Pacha and Locomia. The mitical Portuguse south club, where he played with dj’s such as Satoshi Tomiie, Roger Sanchez, Erick Morillo, George Morel, Eddie Amador, Bob Sinclair, Josh Wink and opened a memorable night for Deep Dish and Sven Vath. Presently he is the author and producer of the weekly dance music Tv Show – DANCE TV at the national Tv station SIC Radical, showing once more what he likes to do. In 2004 The FOX released - Believe - on Tribo Records, receiving great feedback from djs around the world. 2005 witnessed the the single - Serio - on Hoshi records with Mastiksoul. Nowadays he gigs a lot, started his own family and teamed up with fellow dj and producer Dave Spritz to produce some new track like: Sax Maniac, Illegal, Disco Balls, Undefined and MAD Drums, Fake People and recently need it (getting a huge feeback around the world) all through label Karmicsounds. Today he hosts Antena3 Party Zone and Dance Global. The future still holds a lot of music! His style represents the feeling of the underground, never abandoning his roots: the true House / Techno sound... The Quality One!