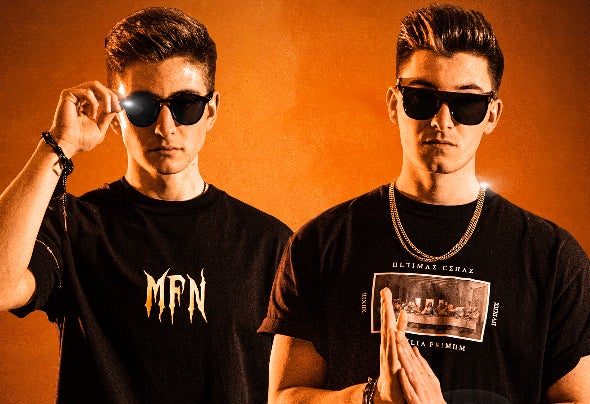 The Cabas is a Swiss DJs/producers duo made up of two brothers, Marco and Riccardo Cavallaro. The project spins around its versatile musical nature which allows them to range from Dance genres suited to radio rotations and club songs ready to set the dancefloor on fire. They've recently developed a signature sound set to Future House and Bouncy vibes. Despite their young age, they already have a large catalog that contains releases on labels such as Revealed Recordings, Armada Music, Juicy Music and more. These works have allowed them to get the support of DJs such as Tiësto, Don Diablo, Sam Feldt, Mike Williams, Fedde Le Grand, Dastic (and others) as well as being playlisted on "Housewerk", "Dance Rising" and "Friday Cratediggers" by Spotify. In addition to being resident DJs at Vanilla Club in Riazzino (Switzerland), where they have their own party called “BLAST!”, The Cabas has trampled on the stage of Aquarius (Zrce Beach, Croatia), Gate Club (Milan, Italy), Dias Locos (Rome, Italy) and many more clubs and festivals around Europe.