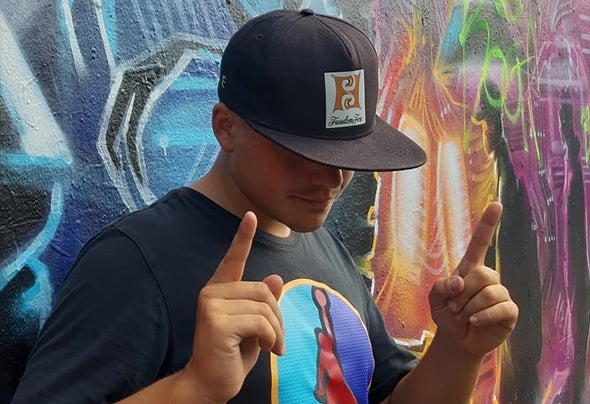 FreedomFox pseudonym of Francesco Ronda is a DJ, Producer and Sound Engineer. FreedomFox is a creative, reliable and musically inclined professional with a lot of years of experience as a DJ & Producer. FreedomFox (Born in Cremona, Italy on 24th May 1999) began his interest in music at the age of 14.  FreedomFox became passionate about DJing very early in a club assisting the DJ. His first date as a DJ in a disco dates back to November 2015 at Boulevard 129 in Cremona at the age of 16. In this club he met Special Guests such as Fred de Palma, Ghali, Ipantellas, Mr.Rain etc. FreedomFox started producing in the studio with a friend, researching sounds, techniques, software. Inaugurated a project called Love Is Strong.  The song was released on all Digital Stores on 27 th March 2017. He has continued persevering to produce music in studio every week for several years and is continuing to do the same in his new studio in Cremona.  It is truly the passion that leads him every day to improve in his productions by looking for instruments, sounds and mixing and mastering techniques.  FreedomFox collaborated with labels such as Yeiskomp Records, Full Room Records (ex label) Indiefy Records and Rootkap Music.  He did a remix for Italian DJs duo Da Brozz and he collaborated with Rudeejay. He worked during the 2018 summer season at the Rhodos Royal Hotel & Resort in Rhodes, Greece. He was admitted in October 2018 at Teatro alla Scala Academy in Milan where he graduated as Sound Engineer October 18, 2019.  FreedomFox is currently a professional Producer and Apple Certied Pro - Logic Pro X 10.4. FreedomFox